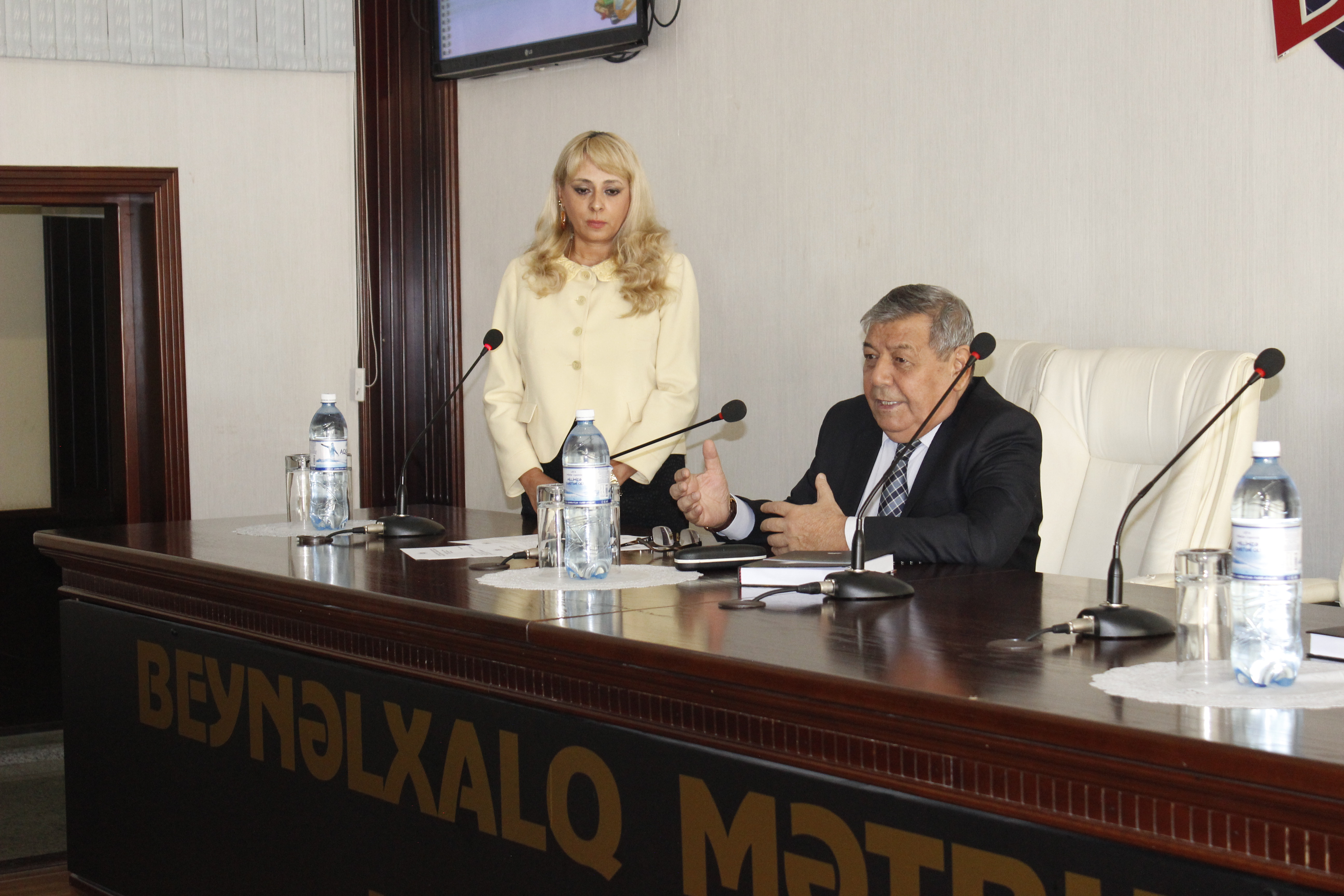 The presentation of the book by the leading researcher of the department “Geomorphology and Natural risks” of the Institute of Geography, PhD S.Tarikhazer was held at the International Press Center. The book titled “General geography” was edited by academicians Akif Alizade and Ramiz Mammadov and is written for teachers and students of faculties of geography.

In his opening speech the director of IG, acad. R.Mammadov spoke about the encyclopedic value of the book.

He noted that the book is devoted to the subject and functions of general Geography. It contains extensive information on the Earth, conditions of its formation, caracteristics of the geosphere as well as solar system, climate, relief formation and other isues.

S.Tarikhazer said this book is the first textbook for Azerbaijani universities with systematic approch to studying geography is written in accordance with the standard curriculum of the country. According to the president of ANAS, academician Akif Alizade and in the opinion and desire of readers it is advisable to increase the circulation of the book and translate it into Azerbaijani.