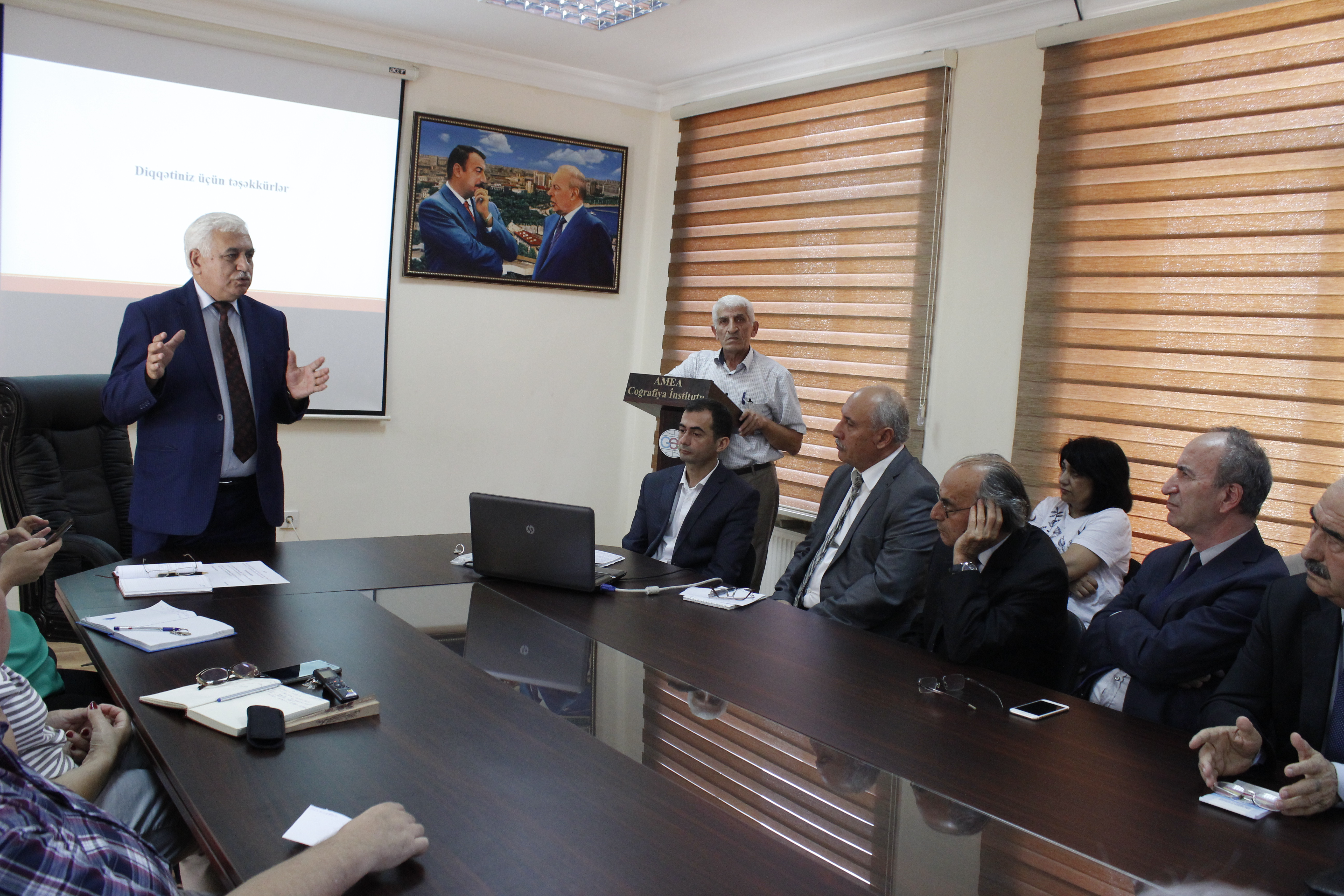 Reports of scientists were made at the regular workshop for the “V International Research Symposium on the Turkic World”, which will take place in Almaty, 11-13 October, 2018.

PhD in geography, assoc. prof, Mirnukh Ismayilov made a presentation on the theme “Geographical position and geopolitical situation in the Turkic world”, prepared jointly with academician R.Mammadov and PhD, assoc.prof. M.Hasanov.

The researcher said that the geographic location, boundaries and natural conditions of the states and peoples of the Turkic world on the Eurasian continent were carefully analyzed, and their ethnographic areas of settlement were compared with other peoples. Some eco-geographic problems were also considered and a historical-geographical analysis of the geo-political position of the Turkic peoples was carried out.

The role of the Turkic world is assessed in maintaining the balance and establishing military-political, economic and cultural relations between civilizations located on the outskirts of the Eurasian continent.

The prospective development of relations is estimated with such major power centers as western and Eastern Europe, East Asia and South-West Asia.

Doc. Zaur Imrani made a report on the tourism potential of Turkic-speaking countries and ways of its use. Pointing to the problems in the tourism industry, Z. Imrani launched an initiative to develop tourism in these countries, strengthen mutual cooperation, expand tourist exchanges and create tourist routes.