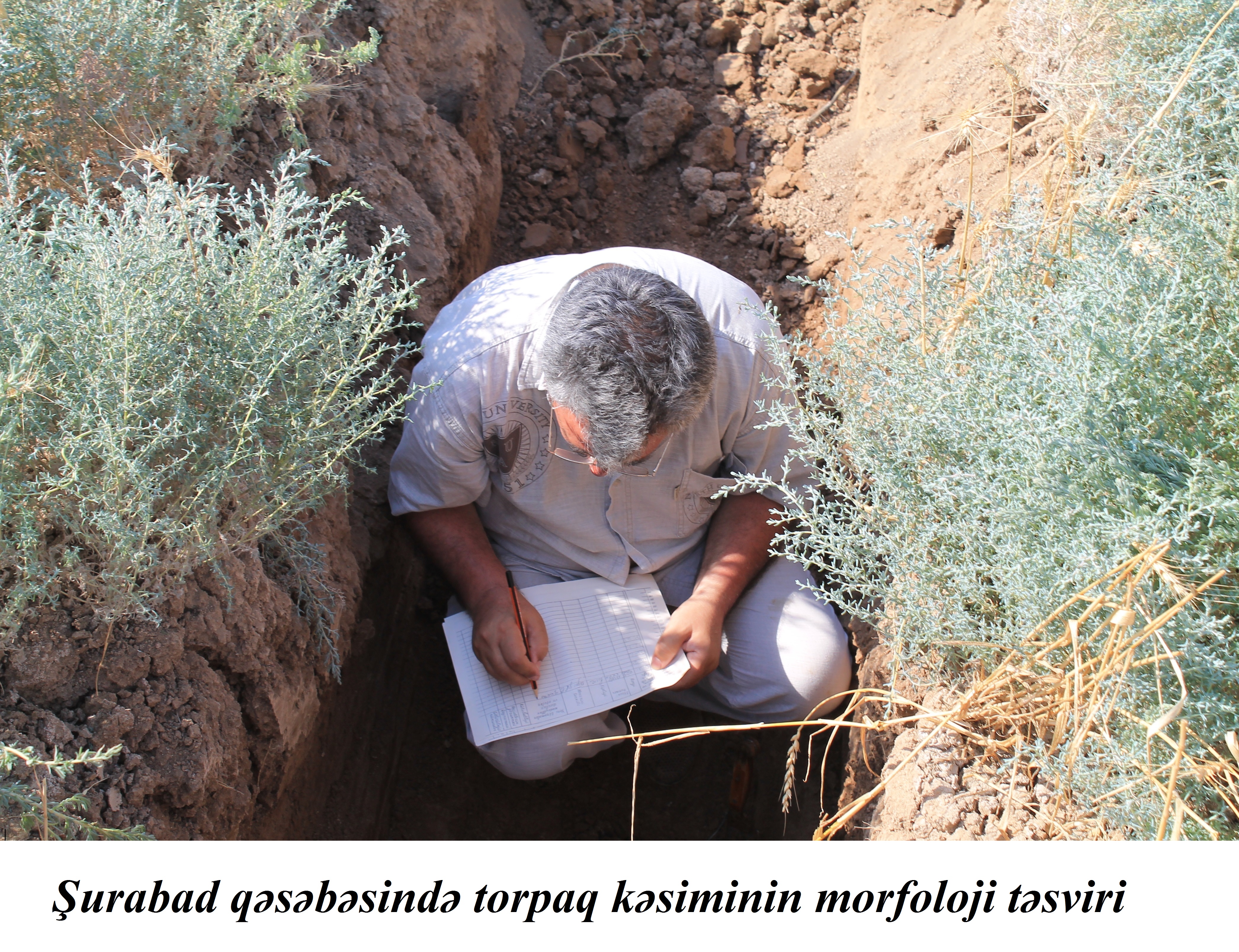 A group of employees of the Department of Geography of Land Resources at the Institute of Geography of ANAS named after acad. H. Aliyev, under the guidance of doc.Ismayil Guliyev, head of this Department, PhD in Agricultural Sciences, have been in field expedition to the Caspian Sea, from the coast of Sumgayitchay until Samurchay.

The main objective was to assess the impact of various aspects of man's economic activity on soil cover, taking into account the natural factors of coastal lands, including the impact of the Caspian, in the last century.

During the expedition, changes in the current state of soil cover, as well as in land formation process in result of natural and human activities have been explored.

The study was carried out in gray-brown, meadow-gray, meadow-brown, alluvial meadow-forest soil types. During field research, soil were cut in characteristic areas, soil samples were taken on genetic layers of soil, deep soil temperatures, hygroscopic moisture, and other physical properties of soil were studied.

Samples taken from the soil are analyzed in laboratory conditions on 12-15 parameters. The current state of the situation is compared with the preceding annual monitoring of land surveys. A land map is drawn based on a 1:100000 scale topographic map, taking into account of the relief plasticity. As a result of the researches scientific proposals are developed on restoration and rational use of lands exposed to intensive desertification.

In order to accurately determine the degradation and transformation directions of soils, the current state and degradation trends of the natural vegetation have been studied, and as a result, a large map of plant groups has been compiled.

Surrounding lands in the study cover a considerable area. At present, these lands are used by Gilan Holding for agricultural purposes. For two years, the department staff has been working with the company for the better and more efficient use of those lands.

As a result of the research, the yield of grain in these lands has been increased to 22-24 centners per hectare. In the future it is planned to conduct various experiments in this direction.