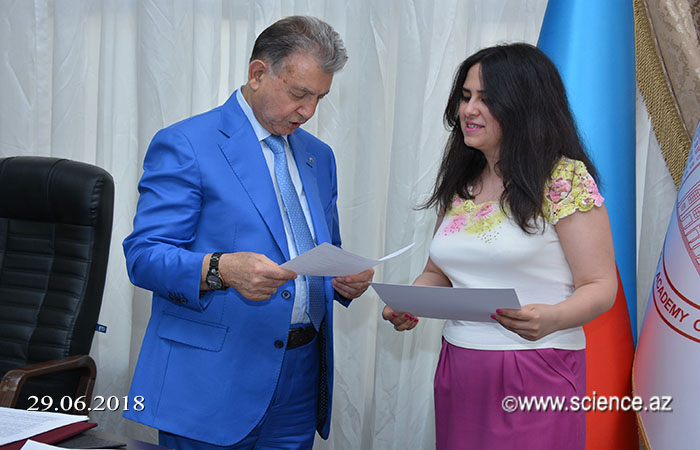 Junior researcher of the IG named after acad. H.Aliyev of ANAS, Zuleykha Eyyubova became the winner of the competition jointly organized by the Presidium of ANAS and the Confederation of Trade Unions of Azerbaijan for young scientists on the occasion of the 95th anniversary of the birth of nationwide leader Heydar Aliyev.

The main goal of the contest was to stimulate the activity of young scientists engaged in research of actual contemporary scientific problems.

According to the results of the competition, 46 young scientists participated in the event, 14 were awarded, and Z.Eyyubova received an incentive prize. The prizes were given to the winners by the president of ANAS, academician Akif Alizade.