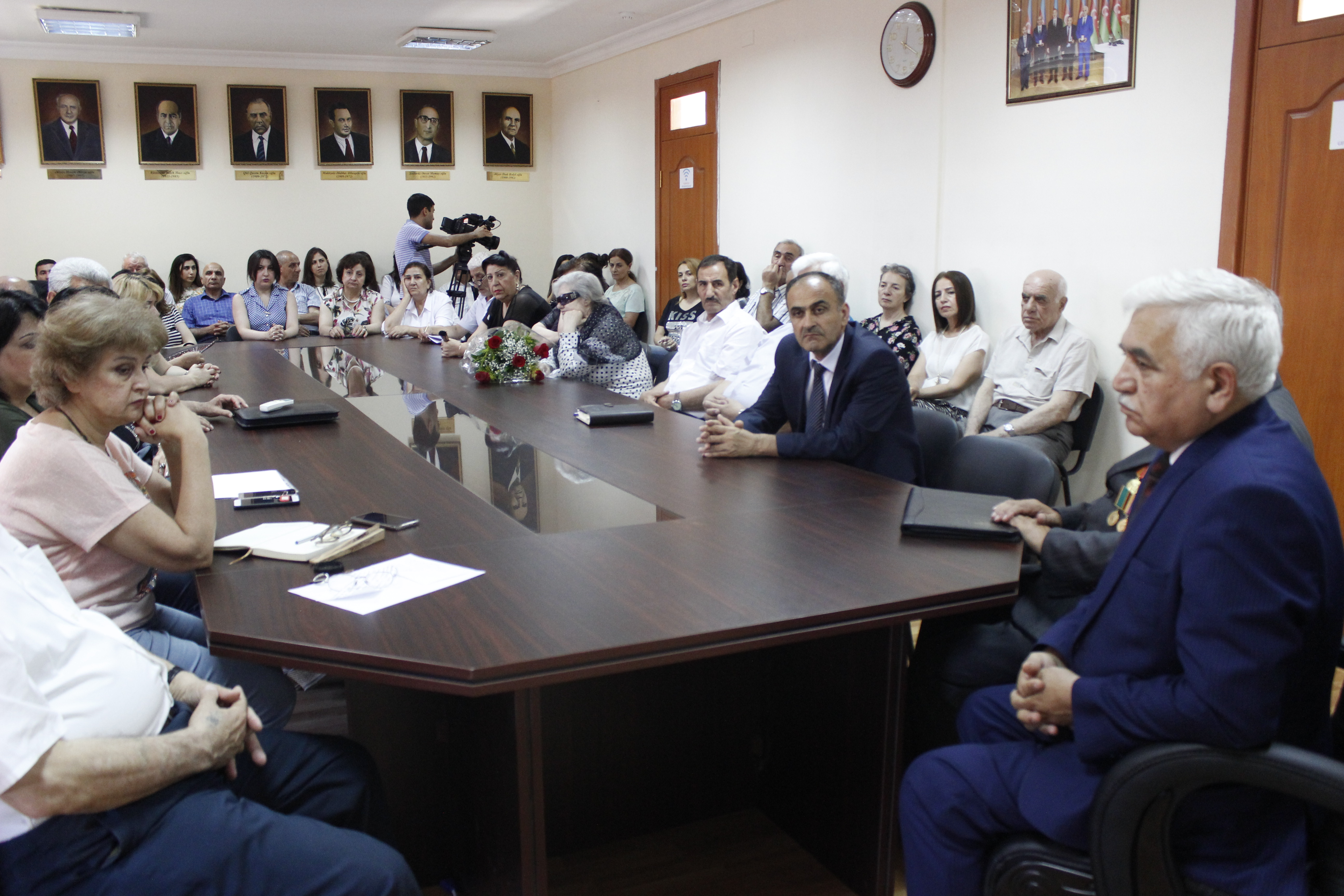 The meeting dedicated to the 100th anniversary of the formation of the Armed forces of Azerbaijan was held in the Institute of Geography named after acad. H.Aliyev of ANAS.

The event was attended by M.Mukhtarov, the representative of the Executive Power of Yasamal district of Baku, B.Sheydayev,the chairman of the regional organization of war invalids, Sh,Gasimov, head of History depmt of ATU, Dr.S. in history Haji Tofiq Seidzade, deputy editor –in chief of the newspaper Azad Azerbaijan.

In his opening speech M.Hasanov spoke about the day of the Armed forces of Azerbaijan celebrated annually on June 26. “This year our glorious army turned 100 years old”, he said. It actively participates in the fight against international terrorism. It is the strongest in the south Caucasus”.

Chairman of the Trade Union Committee of the Institute, A.Ahverdiyev, stressed that one of the biggest and most important achievements of ADR was the creation of the armed forces. They are successfully developing under the leadership of Supreme Commander-in-Chief Ilham Aliyev.

B.Sheydayev noted that our national army is a source of our pride. He said that it is necessary to pay special attention to people who are fighting for Karabakh, and the activities of Azerbaijani President Ilham Aliyev in this area.

Professor Sh.Gasimov spoke about the difficult social and political situation and historical events in the period of ADR activity and the origin of the Armed Forces of Azerbaijan, as well as the successes of our army that are encouraging us today.

Then the employee of the IG Gulshan Mammadova was given the Medal “For the Motherland” of her son Elkhan Mammadov who died in the battles for Karabakh. M.Hasanov noted that being a martyr’s mother is a kind of heroism. Gulshan Mammadova thanked for the attention and care of the institute, and also for the kind words.

Chairman of the IG Women’s Council, Louisa Salayeva, PhD Anver Aliyev told about the glorious path of the Azerbaijani army and about the feeling of pride for it.