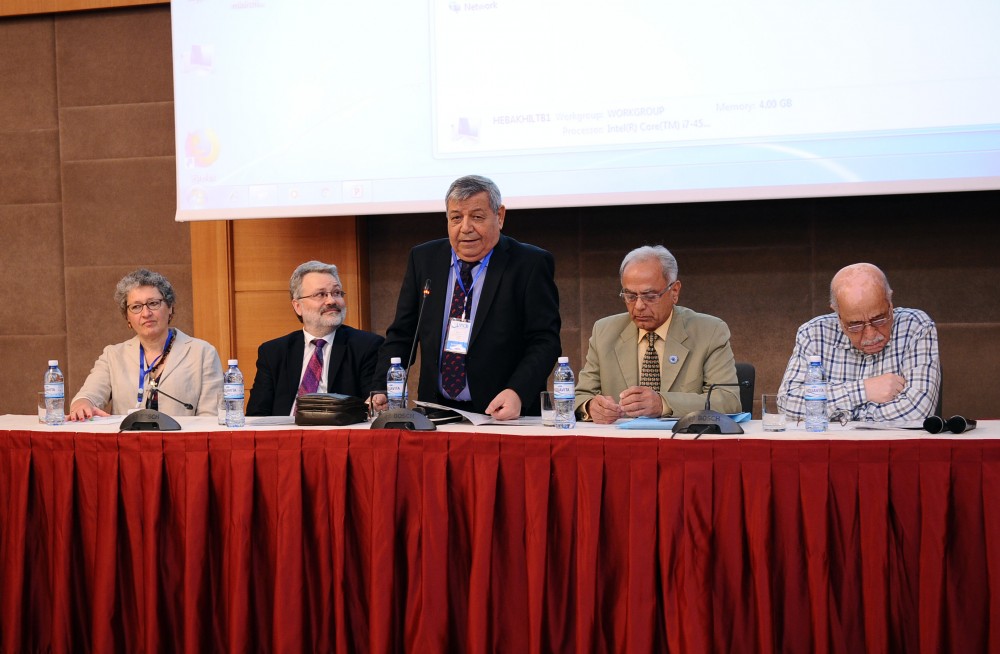 On May 12-14, at the Holiday Inn Hotel, an “International Conference on Inland Basin Problems:  case study of the Caspian Sea Basin was held. The conference was organized by the Institute of Geography after acad. H.Aliyev of ANAS together with the International Scientific and Oceanographic Technology Network of Islamic Countries.

The aim of the event, which involved geographers from Germany, Switzerland, United States, France, Russia, Iran and other countries, was to explore ways to solve existing problems in the basin of the Caspian Sea, Aral Sea, Van and Urmia Lakes, and expand international scientific cooperation.

Physicochemical properties of the Caspian Sea, geology, geophysics, seismic hazard assessment, remote sensing and other issues are discussed and heard in reports.

Academician Ramiz Mammadov, director of the Institute of Geography named after acad. H. Aliyev of ANAS opened the meeting with a welcoming speech and revealed the significance of the event. Speaking about the importance of the event, he stressed that the scientific relations between geographers were formed in the Soviet time, and for many years, as a result of joint research, significant results have been achieved. R.Mammadov said that the Russian factor played an important role in the development of Azerbaijani science. He noted that relations between the two countries are strong. They develop in political, economic, scientific, cultural and other spheres.

He expressed confidence that in 2018-2019 this issue will find its solution.

In his speech, BP Vice president Greg Riley said that studying the level of the Caspian Sea and environmental problems is also in the interests of BP. Noting the importance of holding this event; he thanked the organizers for the invitation and the opportunity to participate in the conference.