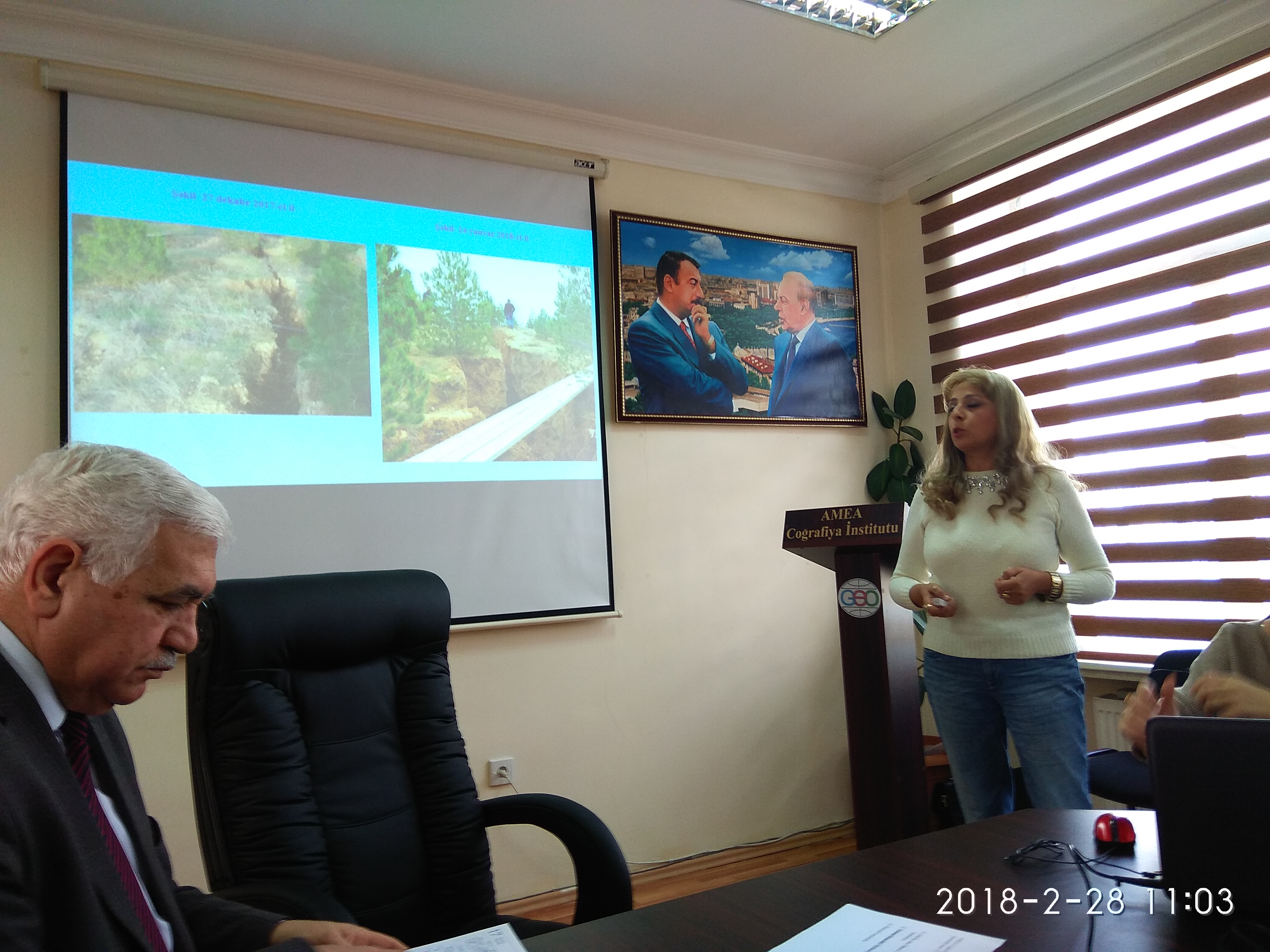 On February 28 the next Scientific Workshop was dedicated the landscape at Bayilovo. The workshop was held under the chairmanship of the deputy director for science, assoc. prof. Maharram Hasanov.

The workshop was attended by the staff of the Republican Center of Seismological Service of ANAS-Azay Rzayev, deputy gen. director for science, PhD in math.-phys. Sciences and Nadirshah Khanbabayev, researcher of the department of magnetometry.

PhD in geography, doc. Stara Tarikhazer, leading researcher of the dep.-t of Geomorphology and Natural Risks at the IG, made a report on the condition in the landslide zone of the Bayil slope. She repeatedly visited this zone, watching and exploring the territory, talking with residents and exchanged views with Eldar Azizov, head of the Executive Authority of the Sabail district. The reporter noted that recently, during the construction on the Bayil slope, geologic and geomorphologic, hydro-geologic features of the territory were not taken into account. And this, in turn, leads subsequently to landslides, cracks in houses and subsidence.

S.Tarikhazer considers it necessary to conduct monitoring before construction in the risk zones, take into account the impact of natural and anthropogenic factors, technigenic waters on Bayilovo zone.

In her opinion, it will be possible to minimize the active process, if in the near future to remove the penetration of groundwater, pressure on the soil and break down the forest park and apply other preventive measures.

Azay Rzayev and Nadirshah Khanbabayev expressed their opinion on the issue.

The chairman of the meeting invited the staff of the Republican Center of the Seismologic Service to make an extensive presentation at the next scientific workshop.

Further discussion of Mehman Mehbaliyev’s paper entitled “Morphometric study and assessment of eco-geomorphologic tension in the slopes of the Greater Caucasus” was held for publication in the journal of the ANAS “Heberler”.