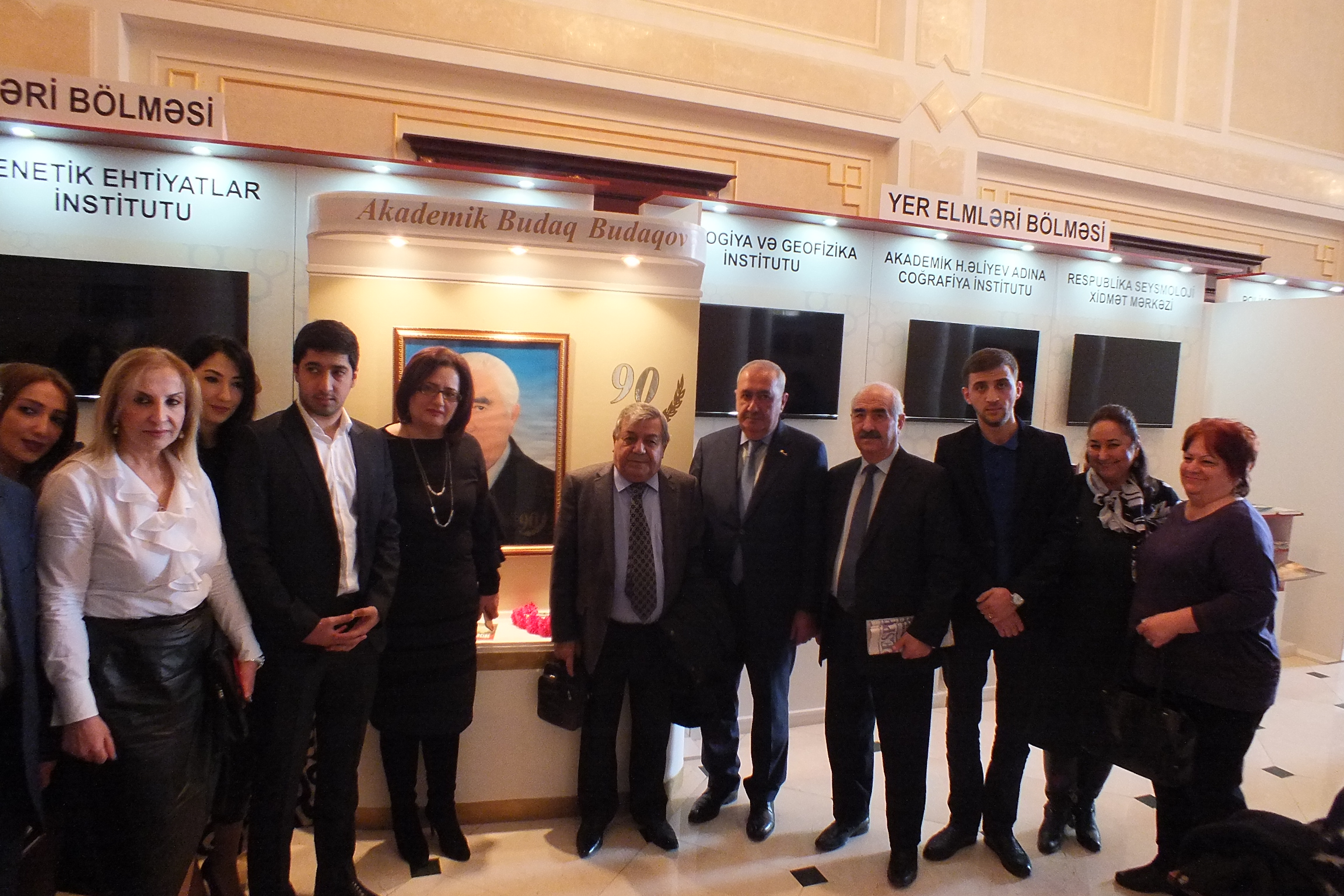 The 90th anniversary of the outstanding scientist-geographer, Academician Budag Budagov was held at ANAS main building by the organization of the Institute of Geography.

Academician Fakhraddin Gadirov,which opened the conference, noted that B.Budagov made a precious  contribution to the development of geographical science in our republic. He added that, the prominent scientist carried out research in the field of geomorphology, ecology, landscape science, population geography, problems of the Caspian Sea and other areas, the achievements of which still remain relevant today. F.Gadirov has brought to attention that B.Budagov has created schools of geomorphologists, Eco geographers and landscape scientists, which have gained fame not only in the republic, but also in all CIS countries.

Then, academician Ramiz Mammadov, director of the Institute of Geography, maid a report on the life and work of Budag Budagov. Ramiz Mammadov said that, B.Budagov possessed high encyclopedic knowledge and thinking, research skills and achieved great success in many areas of geography. It was noted that he worked with the names of the Turkic origin in South and West Azerbaijan, as well as in Georgia and Central Asia and presented them to a wide readership.

R.Mammadov noted that, B.Budagov also investigated the mudflows and landslides, which are the most important natural destructive processes taking place in the mountainous regions, and prepared the scheme for the zoning of Azerbaijan in the mudflow hazard. It was emphasized that for the first time, as a result of the researches of the academician, large-scale landscape and geomorphological maps of mud volcanoes were compiled.

R.Mammadov said that, under the guidance of the scientist more than 50 PhDs and doctors of science have been prepared. The scientist is the author of more than 1000 works, including 30 maps and atlases and 40 monographs published at home and abroad.

Speaking at the event, academician Abel Maharramov, head of the department of BSU, doctor of technical sciences, Professor Tapdig Hasanov, playwright Amir Pahlavan and others spoke about the merits of the scientist in the field of development of geographical science and shared their memories of him.

In conclusion, Sevinj Budagova, daughter of Academician expressed gratitude to the organizers and participants of the event on behalf of her family.