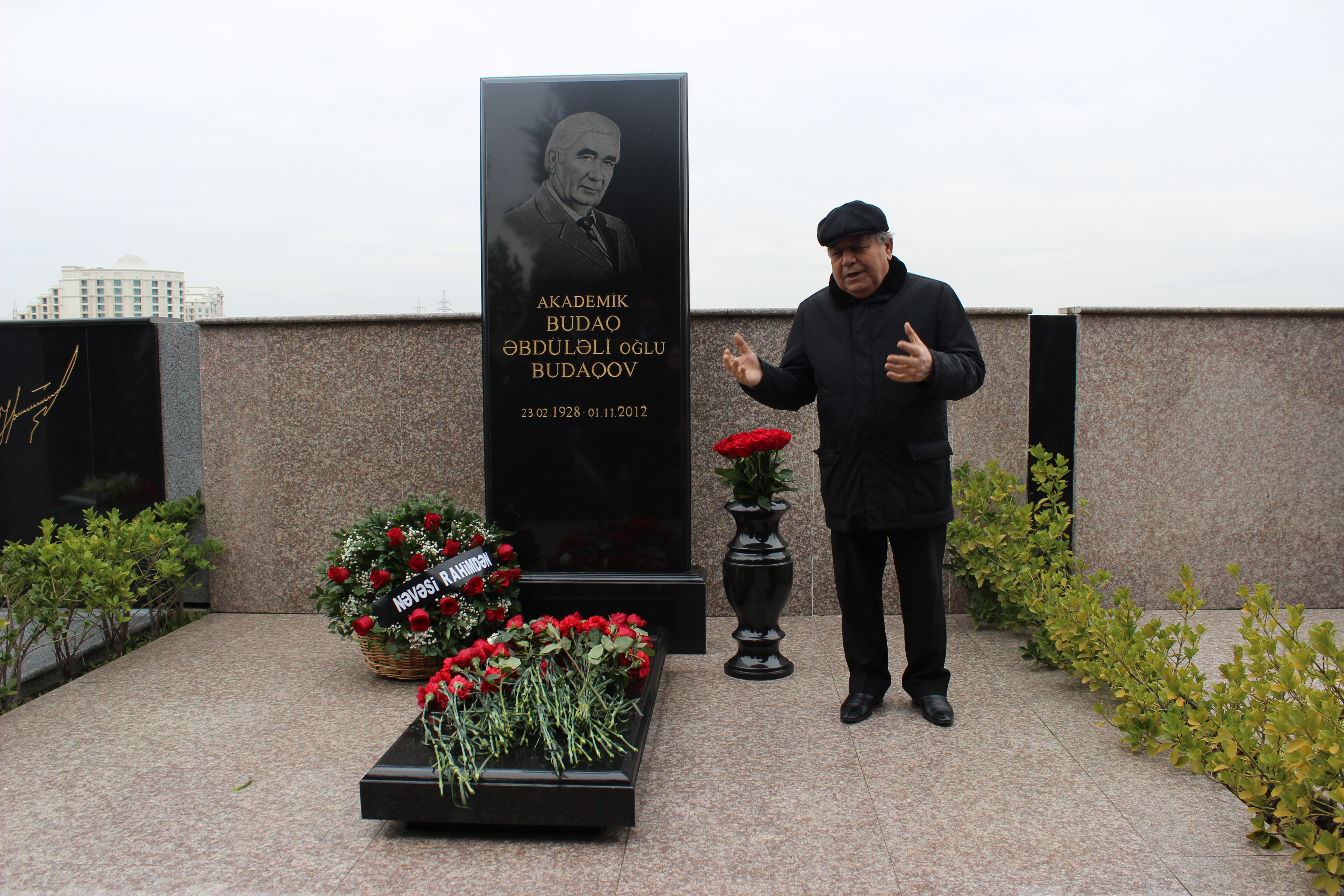 In connection with the 90th anniversary of the prominent scientist-geographer, full member of ANAS, acad. B.Budagov, natives, frends, the staff of the Institute of Geography named after acad. H.Aliyev of ANAS, visited the Alley of Honors to lay wreaths on the grave of the scientist and read prayers. Academician Ramiz Mammadov, director of the Institute of Geography named after acad. H. Aliyev of ANAS spoke about the life, activity, public and scientific-pedagogical activity of the scientist and hie contribution to science. He noted his foresight, rich outlook and interest in all areas of geographic science. R.Mammadov also stressed that acad. B. Budagov was also a researcher-publicist. He devoted the book to the events in the Nagorni Garabakh “Thirst of motherland”, which tells about the atrocities of our hated neighbors, as well as many articles such as “Explanatory dictionary of toponyms of Turkic origin in Armenia”, Toponyms of Upper Garabakh”, “Explanatory dictionary of the names of Turkic origin in Georgia”, which could be the fruit of the work of a patriot of their country. In total, acad. B.Budagov wrote more than 1000 works- 30 monographs, 4 vocabularies, and compiled multiple maps. As a teacher he trained 50 specialists with a scientific degree.

Touching upon the events dedicated to the scientist’s jubilee, Ramiz Mammadov said that , according to the decision of the Scientific Council, the department of Landscape Science of the IG was named after B.Budagov, his bust is installed in front of the department. A petition was filed to the Executive power of Sabail District about awarding the name of the academician to one of the streets of Bakou.

Participants in the event- deputy director for Science M.Hasanov, D.Sc. Rena Gashgay, Magomed Abdiyev, PhD Abil Akhverdiyev- talked about the work of B.Budagov and shared their memories of him.

The son of the scientist, Vasif Budagov, thanked the leadership of the Institute and personally academician Ramiz Mammadov for the attention and respect for the memory of his father on behalf of his family.