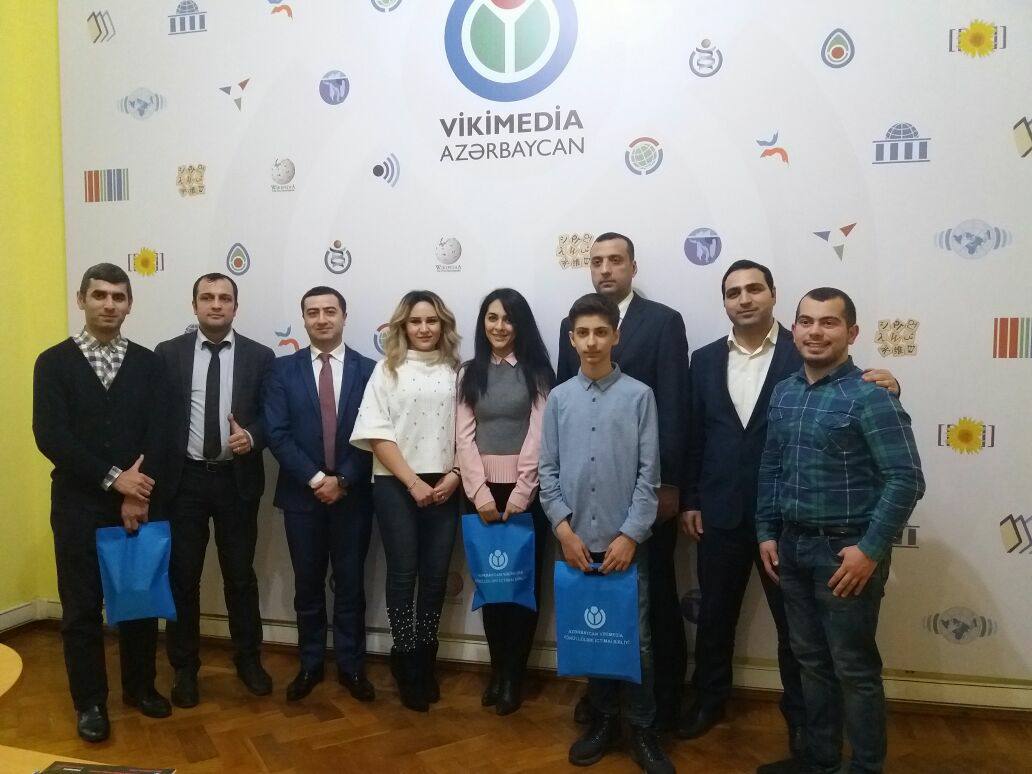 The ceremony was conducted of awarding the winners of the last 6 months of the contest for the articles of the Wikipedia project “Thematic month”, helding regularly since October 2014 in Azerbaijany Wikipedia on the initiative of a group of users and the organization of the Public Association “Azerbaijany Wikimedia Volunteers”. The winners received gifts of the Wikipedia Foundation and the Public Asociation of AWV. Two of 11 winners are from the IG: Aida Aslanova, head of the Wikigroup and Gulnara Hajiyeva, member of the group.

Elgun Ataliyev, chairman of the Association, congratulated the winners, wishing them sucess. He particularly noted the staff of the IG, expressing his gratitude to them and stressed that the Ig wikigroup is making great efforts to promote Wikipedia.

Aida Aslanova told about the activities of the Wikigroup, noting that the number of articles of the geographical bias in Wikipedia is the majority. She spoke about the attention of Academician Ramiz Mammadov to Wikigroup and his care, and also thanked the administrators.

Further, the issue of joining of new members of the Public Association was considered and other issues were discussed.