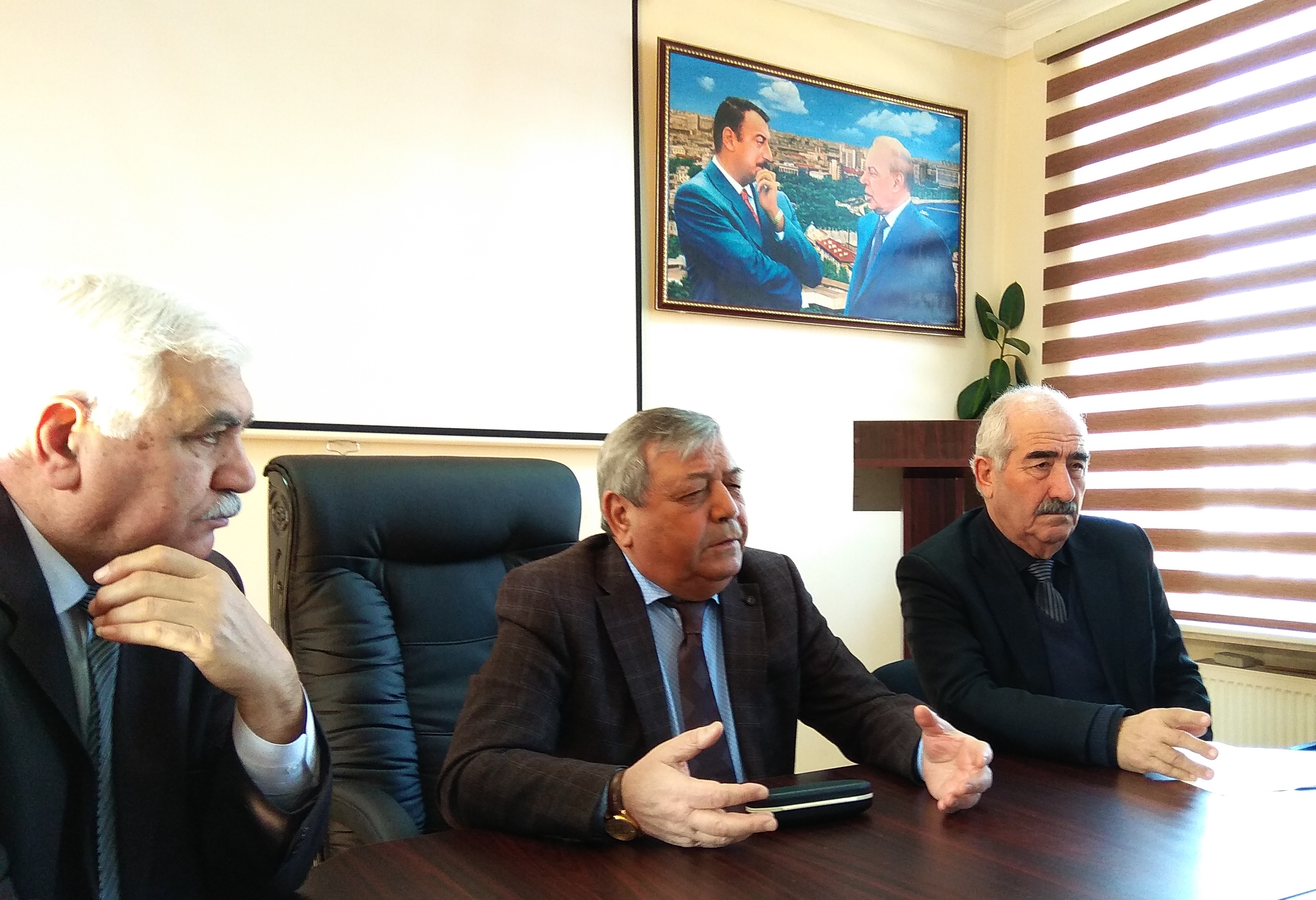 A meeting devoted to the 28th anniversary of the January 20 tragedy was held in the Institute of Geography named after acad. H.Aliyev of ANAS.

Director of the institute, academician Ramiz Mammadov, opened the meeting with an introductory speech. He said that the events of January 20 were an act of aggression, planned by the Russian empire, aimed at inflicting a moral blow to the Azerbaijani people and strangling its national liberation struggle for freedom and democracy.

The occupation of Baku by detachment of special purpose for the Soviet army and 2 contingents of internal troops was accompanied by special atrocities and cruelty.

That night was a day of trials for the Azerbaijani people for preserving and developing our statehood. Fortunately, our people have come out of this trial with dignity.

The academician noted that, despite the fact that January 20 is considered a day of mourning, it will remain as a day of honor and dignity in the history of our people. Azerbaijan once again proved having a brave, inflexible young generation before the enemy.

Abil Akhverdiyev, chairman of the trade Union Committee of the Institute spoke about the causes of the tragedy and its bitter consequences. He also stressed that these events opened a glorious page in the history of our people.

Then an employee of the institute, a member of the Society of Veterans and Disabled People of  Karabakh, PhD Etibar Badalov, talked about the liberation movement, the organization of self-defense units, carried out with his colleagues when he was deputy chairman of the Popular Front of Azerbaijan.

He spoke in detail about the activities to alert the population about the events that occurred and his 2-month detention and stay in the Bail prison.

Other speakers-Dr.Sc Rena Gashgay, scientific employee Luiza Salayeva, Bibikhanum Ibrahimova and other, noted that this crime against the Azerbaijani people will never be forgotten and will remain in his memory as a heroic page of the national movement of the people.

At the end, a prayer was recited for the peace of the soul of all the victims of January 20 and all who gave their lives for the liberation of our lands.