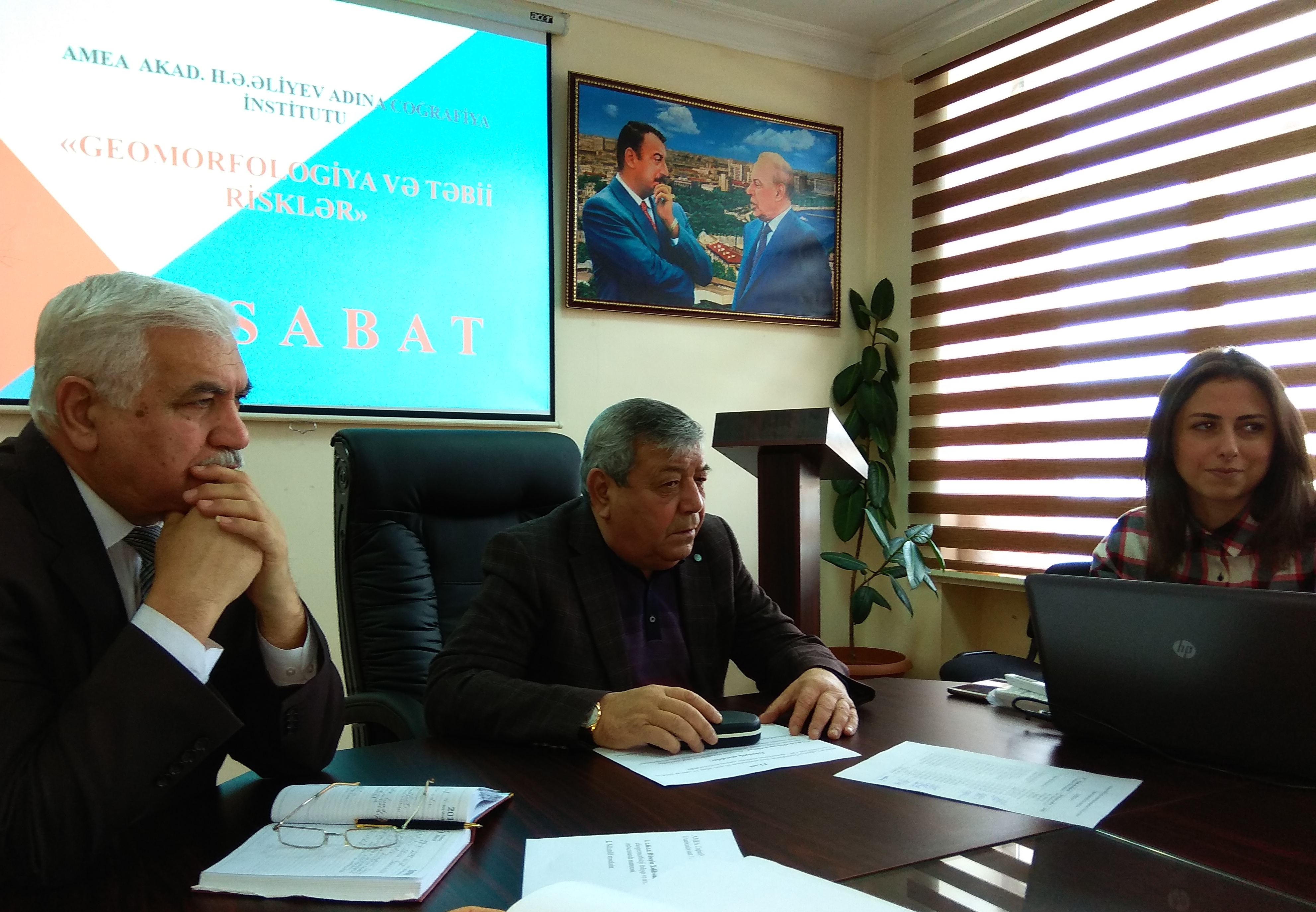 At scientific workshop of the Institute of Geography named after acad. H. Aliyev of ANAS under the chairmanship of academician Ramiz Mammadov, Doctor of sciences in geography Huseyn Khalilov made a report on the topic: “Compiling of large large-scale map and eco-geomorphological study of the foothills of Aginohour and surrounding areas”.

The researcher studied exodynamic processes that affect the deterioration of ecological and geomorphological conditions in the territory, classifying these processes according to the degree of their impact. And for the purpose of regionalization, morphometric maps, considered one of the main indicators, were compiled with vertical and density of horizontal sections.

The author came to the conclusion that in order to prevent the main anthropogenic factors leading to eco-geomorphological tension, it is advisable to observe the normative rules of territorial settlement, cultivation of lands and use of pastures.