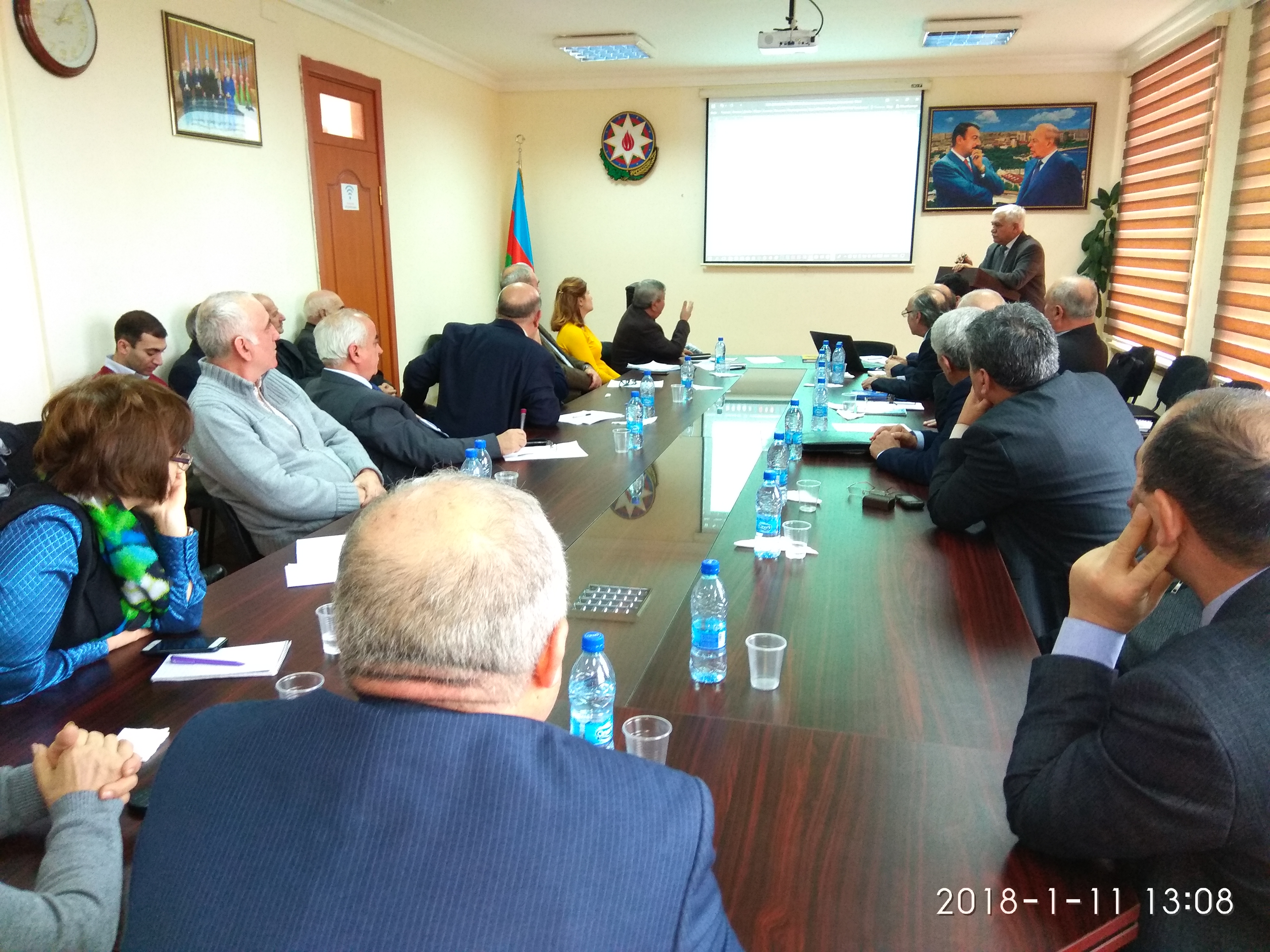 Extraordinary scientific assembly on the book “Geography of the Turkic world” 2018-01-11 15:40:00 / SCIENTIFIC ASSEMBLIES

January 11, a scientific workshop took place in the Institute of Geography named after acad. H. Aliyev of ANAS. It was devoted to the future book about the geography of Turkic world.

Maharram Hasanov, deputy director for science of the IG, emphasized that the initiative of acad. Ramiz Mammadov on the preparation of the book “Geography of the Turkic world” during Turkish-Azerbaijani Geography Days was supported with pleasure by Turkish scientists, and the president of ANAS, acad. Akif Alizade, welcomed this idea and expressed his support. On November 1, 2017, the Scientific Council of the Institute of Geography decided to create the book.

Maharram Hasanov informed the participants on the initial version of the book, which consists of 3 volumes, 8 chapters, 13 sections.

The second volume is called “Economic, social and political geography of the Turkic world”.

“Regional Geography of the Turkic world”, third volume, is devoted to independent Turkic states, their structures and Turkic peoples, which do not have a state structure.

When discussing the book, each chapter was examined in detail. During the discussions, scientists came to their unanimous decision.

The participants of the meeting took this work very seriously, which is valuable and timely for the Turkic world.

At the suggestion of acad. R.Mammadov , the participants of the workshop were recommended to hold another meeting in connection with preparatory work.