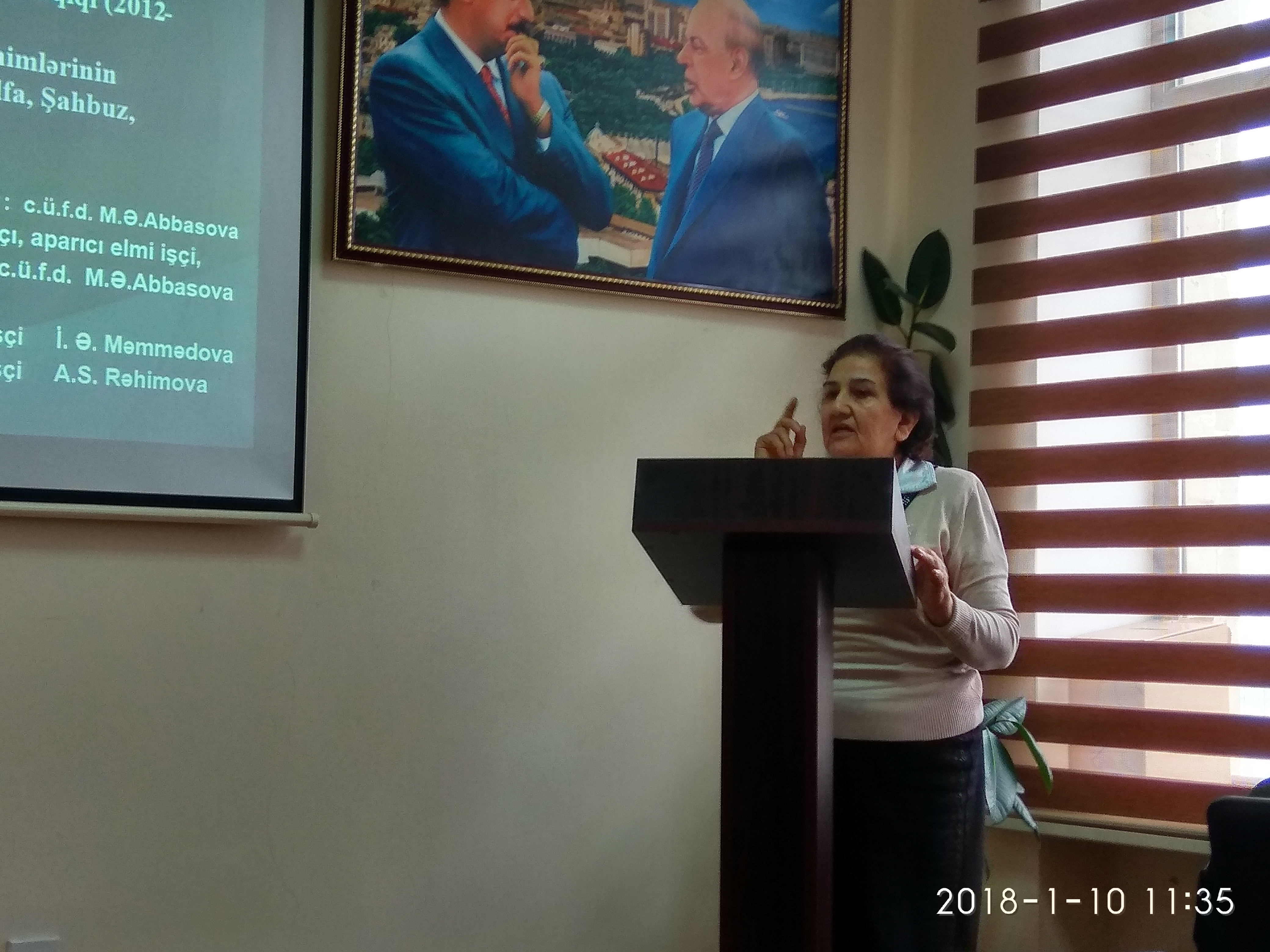 At the Scientific Workshop of the Institute of Geography named after acad. H. Aliyev of ANAS under the chairmanship of academician Ramiz Mammadov, PhD Mahira Abbasova made a report  on the “Study of toponyms of the Nakhchivan Autonomous Republic”.

She said that the toponymy of Nakhchivan territory has  ancient historical roots and was formed over a long historical period. The main toponymic background is of Azerbaijani (Turkish) origin. According to the method of origin and formation, it is based on the common-Turkic system of toponyms.

In Nakhchivan  toponymy, the names of physical and geographical objects (oronyms and hydronyms) are due to the  geo-structural elements of the relief and have a dominant function.

Referring to historical sources and ancient scientists, many new scientific facts were discovered as a result of etiological and etymological analysis in the toponymic system of Nakhchivan-Nakhar.

The researcher, who collected about four thousand names of places in the region, compiled a toponymic dictionary of each administrative district and defined local folk geographic terms, names of people, names of tribus, clans, animals, toponyms and archaic words that passed into passive fund.

At the same time, a toponymic map of the oikonyms was formed, which passed into a passive fund and related to the etiological classification of regional oikonymy.