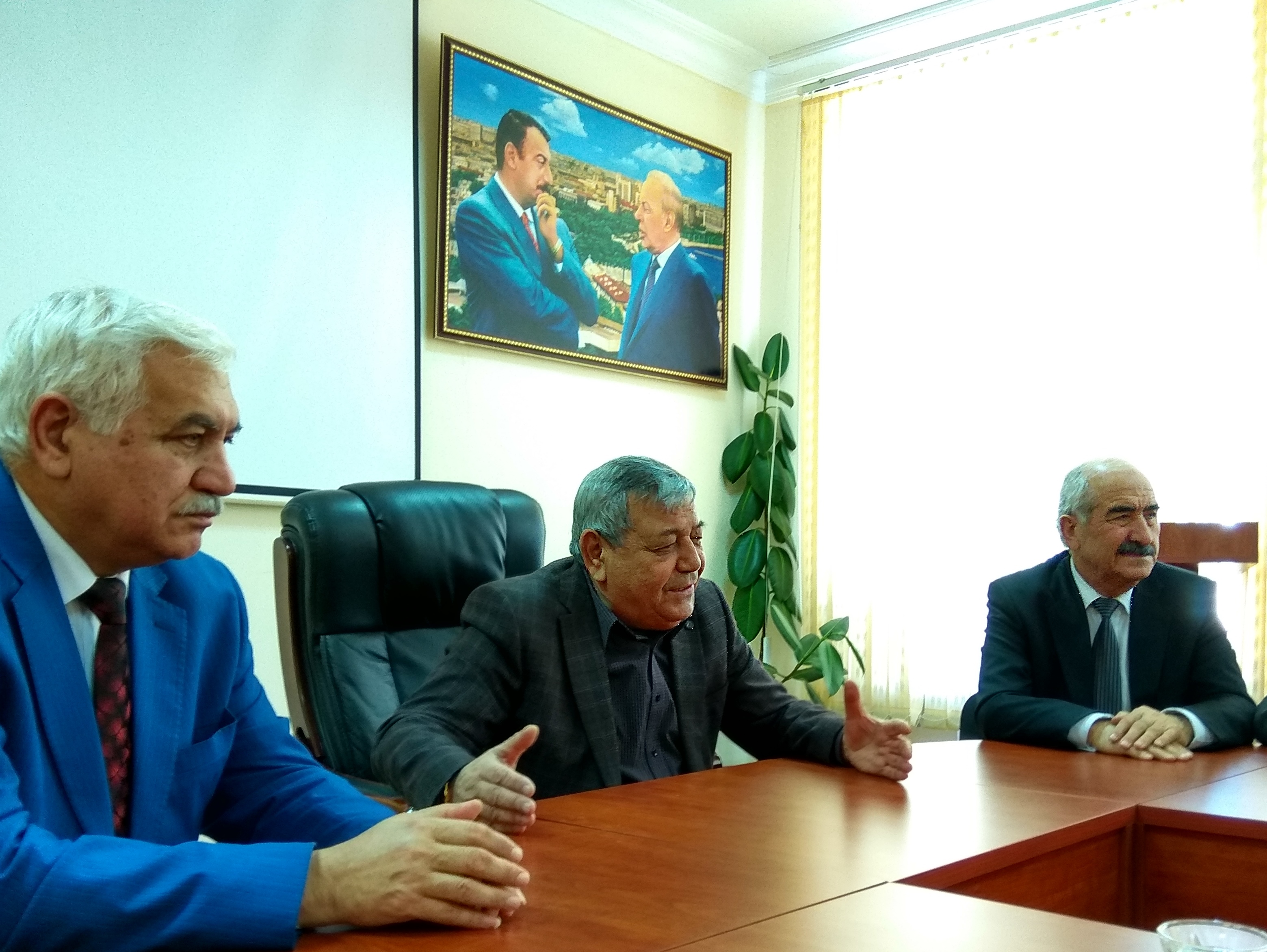 ecember 28, a meeting on the occasion of the Day of Solidarity of Azerbaijanis of the World and New Year was held at the Institute of Geography.

Director of the IG, academician Ramiz Mammadov, spoke about the significance of the day of Solidarity of World Azerbaijanis, noting that around 60 million Azerbaijanis live in different countries around the world, and their cohesion can contribute to bringing the truth about Azerbaijan to various parts of the world.

Then, recalling the important events held in 2017, the academician noted the successes of our institute in the past year due to the efforts and work of its employees. He told about upcoming events in 2018, such as International conferences. The director congratulated all institute staff on the holidays and wished them all the best in 2018.

Chairman of the Trade Union committee, PhD Habil Ahverdiyev, in his speech noted that the success of any enterprise depends on the activities of its leadership. Thus, according to him, the achievements and intensive development of geographical science in our institute are directly related to the purposeful and tireless work of Academician Ramiz Mammadov. H.Akhverdiyev thanked the academician on behalf of the staff for his activities and wished him health and new successes in the new 2018 year.

The meeting was also addressed by doctors of geographical sciences- Rena Gashgay, Amir Aliyev, Nariman Pashayev, Yelena Taghiyeva, PhD Matanat Musayeva, s.c. Luiza Salayeva, head of Wiki group Aida Aslanova. They joined the chairman of the TU committee, appreciating the activities of Academician Ramiz Mammadov, which contributed to the rapid development of the Institute of Geography and the geographical science in recent years.

It was noted that as a result of his exactingness and perseverance, the staff began to give preference to work on the computer. This greatly facilitated the preparation of reports and increased the level of their presentation at workshops.

The speakers noted the warm relations reigning between collaborators, and wished new achievements to the administration and employees in new 2018 year.