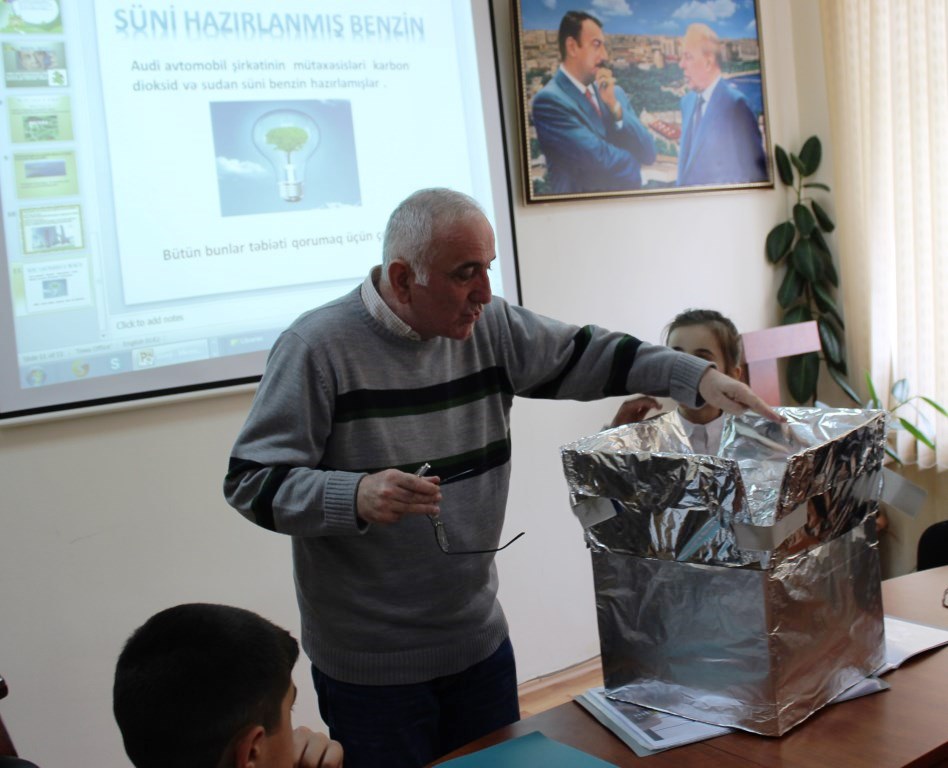 On March 28, a meeting-seminar for pupils of Surakhani secondary school no 232 was held at the Institute of Geography named after acad. H.A.Aliyev of ANAS, on the theme “Use of solar energy”, spent within the limits of state program of unity of education with science.

The corresponding member of ANAS, Doctor of physics and mathematics Rauf Gardashov and Head of the Department of Human Geography, doctor of economics,assoc.prof. Zakir Eminov as well as young scientists participated in the meeting organized by PhD in geography Etibar Badalov, senior researcher of the Department of Demography and Population, with the pupils of the school, whose graduate he is.

The event was held in the conference hall. R.Gardashov spoke about solar energy, areas of its distribution and solar batteries in a language accessible to children with the help of maps.

Then pupils demonstrated works prepared by them on this topic. Junior researcher of the Institute Nijat Imamverdiyev made a report on “Winged wind engine” and spoke about the use of wind energy, its environment benefits.

Researcher Hadjakhanim Huseynova explained the “Prospects of using solar energy” and its advantages in the ecological, social and economic spheres.

Zakir Eminov welcomed the interest of schoolchildren to the geography. He noted the positive role of such meetings in the future choice of the profession.

After the workshop pupils visited the library of the Institute, departments of cartography and demographic information, demography and population, monitoring of the Caspian Sea and got acquainted with their activities.