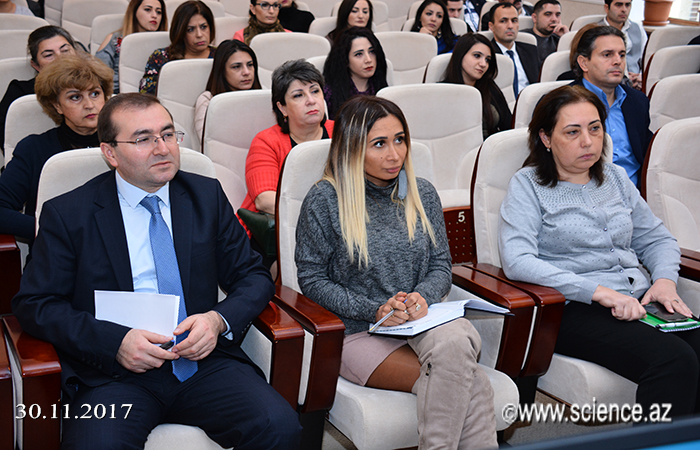 On November 30, Khanim Rzazade, employee of the Institute of Geography named after acad. H. Aliyev of ANAS, responsible for public relations, took part in the meeting of the Direction on public relations and popularization of science, devoted to the development of scientific journalism and problems in this sphere. The issue of training of professional personnel in this field, problems associated with the propagation of science in the media and the ways to solve them were also discussed.

The head of the department for public relation and popularization of science, Zulfugar Farzaliyev, stressed that the establishment last year, in each institute, of the public relation department by the decision of the Presidium of ANAS, was an important step for the development of scientific journalism.

Z.Farzaliyev noted the importance of the decision to prepare journalists in various fields of science: “They also play a huge role along with scientists”.

The deputy head of the department “Public relations and popularization of science”, Ulviya Rzayeva, spoke about difficulties in writing articles in the popular-science style, which is an important condition for coverage of the achieved successes.

She made a proposal to create a website www.ejk.az of the club of scientific journalists.

Heads and executives of some departments of the institutes of ANAS spoke at the event and told about the work done.