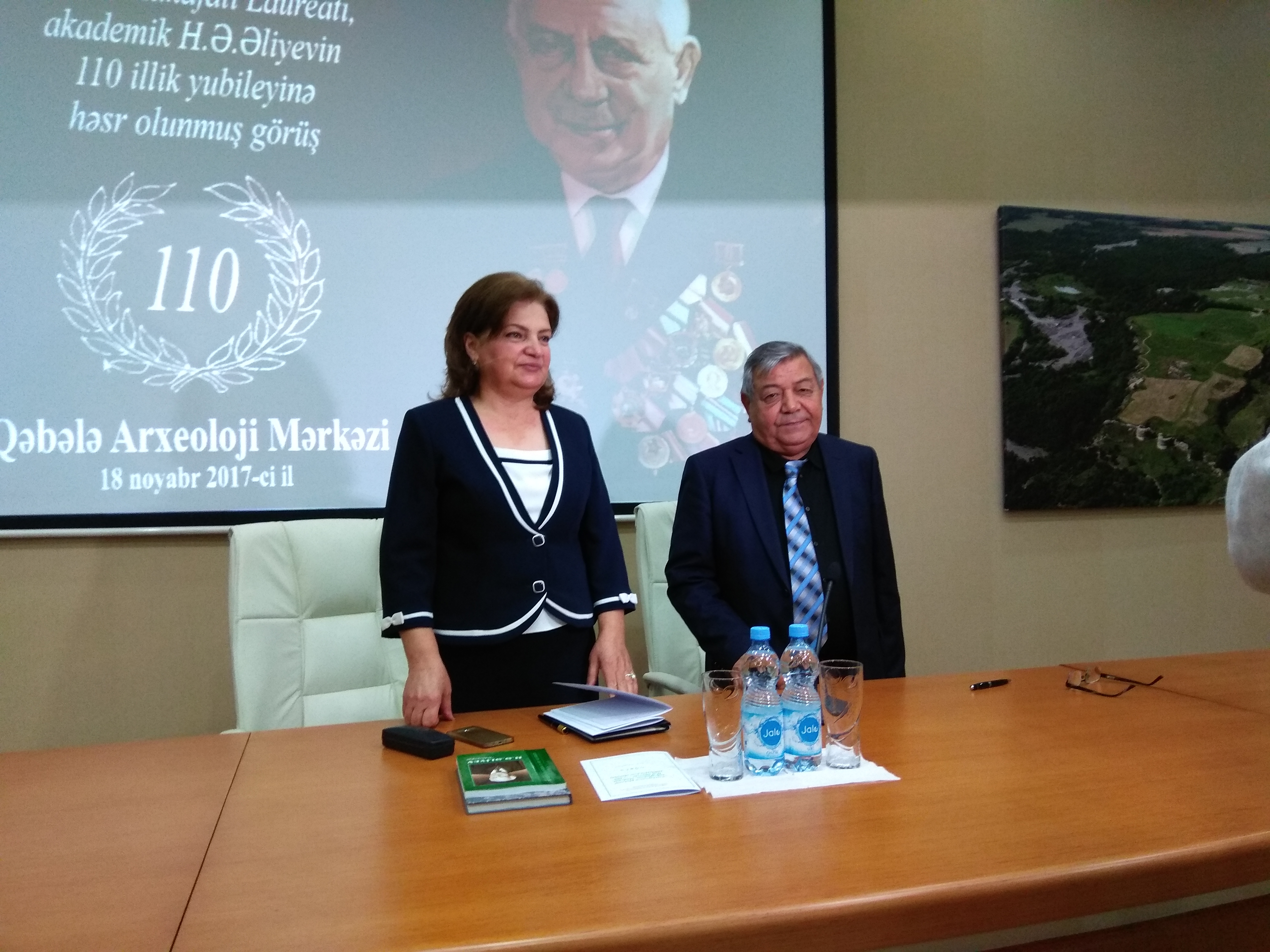 November 17-18, in connection with the 110th anniversary of the prominent geographer, academician H.A.Aliyev, the Institute of geography named after acad. H. Aliyev of ANAS organized meetings of employees in the Center for culture of Shemakha and the Archeological Center of Qabala with the people of districts, representatives of the department of education, teachers of rural schools.

PhD in geography Ismayil Quliyev, head of department of Land resources spoke about publications, research works of a prominent scientist, calling him his teacher. Everyone had to heart a poem of I.Quliyev dedicated to Shemakha.

Leading researcher of the department of Geography of Soil, PhD Taira Salmanova, who was a graduate student of the acad. H. Aliyev, PhD Abil Akhverdiyev, chairman of the Trade Union organization of IG, also noted beautiful human qualities, his attachment to the people, country and nature.

Chairman of the Council of Aksakals of Shamakha, PhD in e. Mayil Aslanov, representative of the executive power Gumrah Musayev, representative of Gabala and former employee of IG, PhD in geography Aghasef Tairov spoke on this issue. They told about such activities of the academician H.Aliyev as preparation of staff, young scientists, his participation in the Great Patriotic War and his contribution to science.

During the event, a film was prepared by IG about H.Aliyev. Then acad. Ramiz Mammadov donated books and an atlas published by the IG, the Center for culture of Shemakha and the Archeological Center of Qabala.

After the meeting, the participants went to the Gabala State Historical and Artistic reserve, Tufandagh recreation Complex, potato and juice production plants of Gilan Holding.