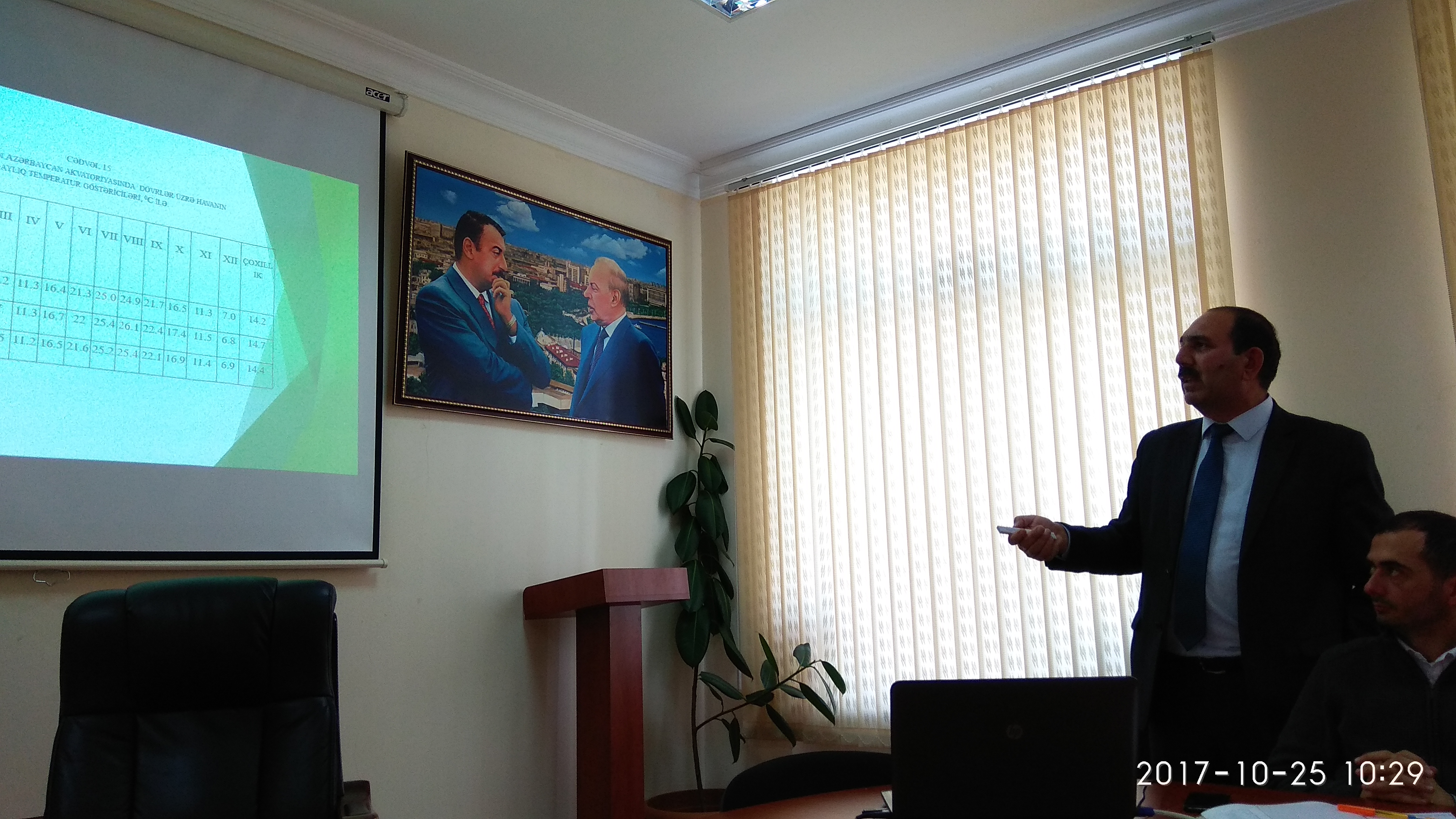 Scientific report on the temperature regime of the Caspian Sea at scientific workshop 2017-10-25 03:33:00 / SCIENTIFIC ASSEMBLIES

At the Scientific workshop of the Institute of Geography named after acad. H. Aliyev of ANAS, held on October 25, the head of the Department of Hydrometeorology of the Caspian Sea, PhD in geography Zabit Allahverdiyev, made a report on the topic: “Long-term temperature regime of air in the Azerbaijan water area of the Caspian Sea”.

The researcher analyzed the results of observations for 1961-2010 on hydrometeorological sites operating in this water area. The long-term temperature norms of air were calculated in 1961-2010. The average multi-year temperature norms of 1991-2010, covering climate changes, were also calculated, after which a comparative analysis was made. As a result, Z.Allahverdiyev observed a seasonal temperature increase and found that the average multi-year temperature is above the norm by 0, 50° С. 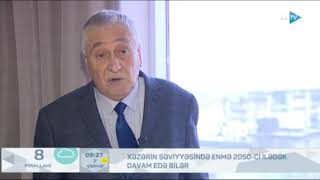