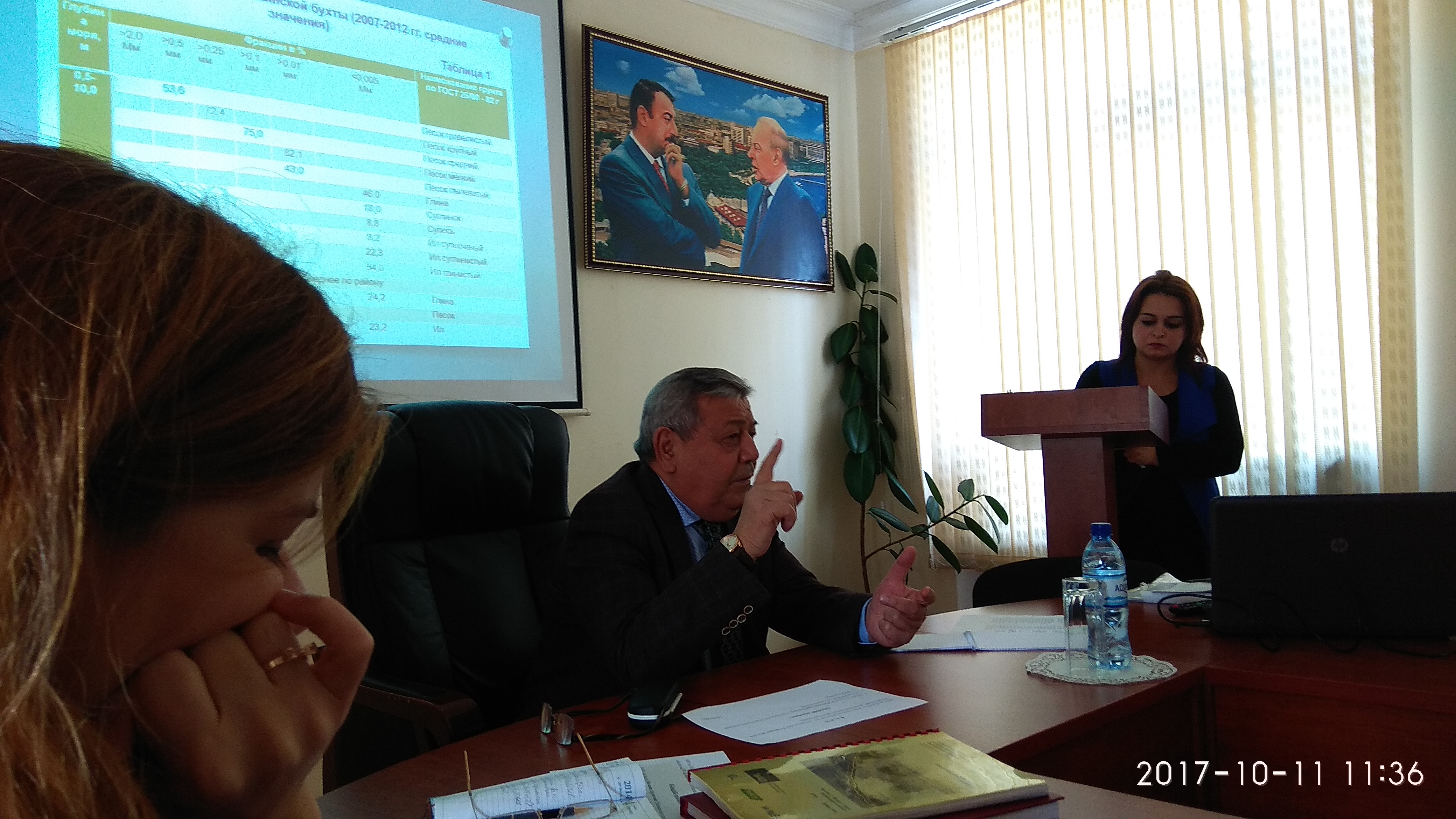 On October 11, a regular meeting of the Scientific Seminar of the Geography Institute named after acad. H.Aliyev was held.

The doctoral candidate of the Azerbaijan national Aerospace Agency, Balakhanim Agharzayeva, made a report on the theme “Zoning of the polluted water area of Baku Bay”.

The speaker identified a low zone, medium, high and extreme on the degree of contamination, identifying areas and composition of pollution and specifying the areas of their distribution under the influence of wind.

Then the senior researcher of the department “Climate and agro-climate” Matlab Rahimov told about the trainings in the Park of High Technologies of ANAS, in which he participated with the researcher Emil Jabrayilov.

The speaker informed in detail about the multirotor type unmanned aerial vehicles allocated to the Institute of Geography, produced in the Park of High Technologies, corresponding to international standards.

It was noted that training in the management of drones will help in research work.