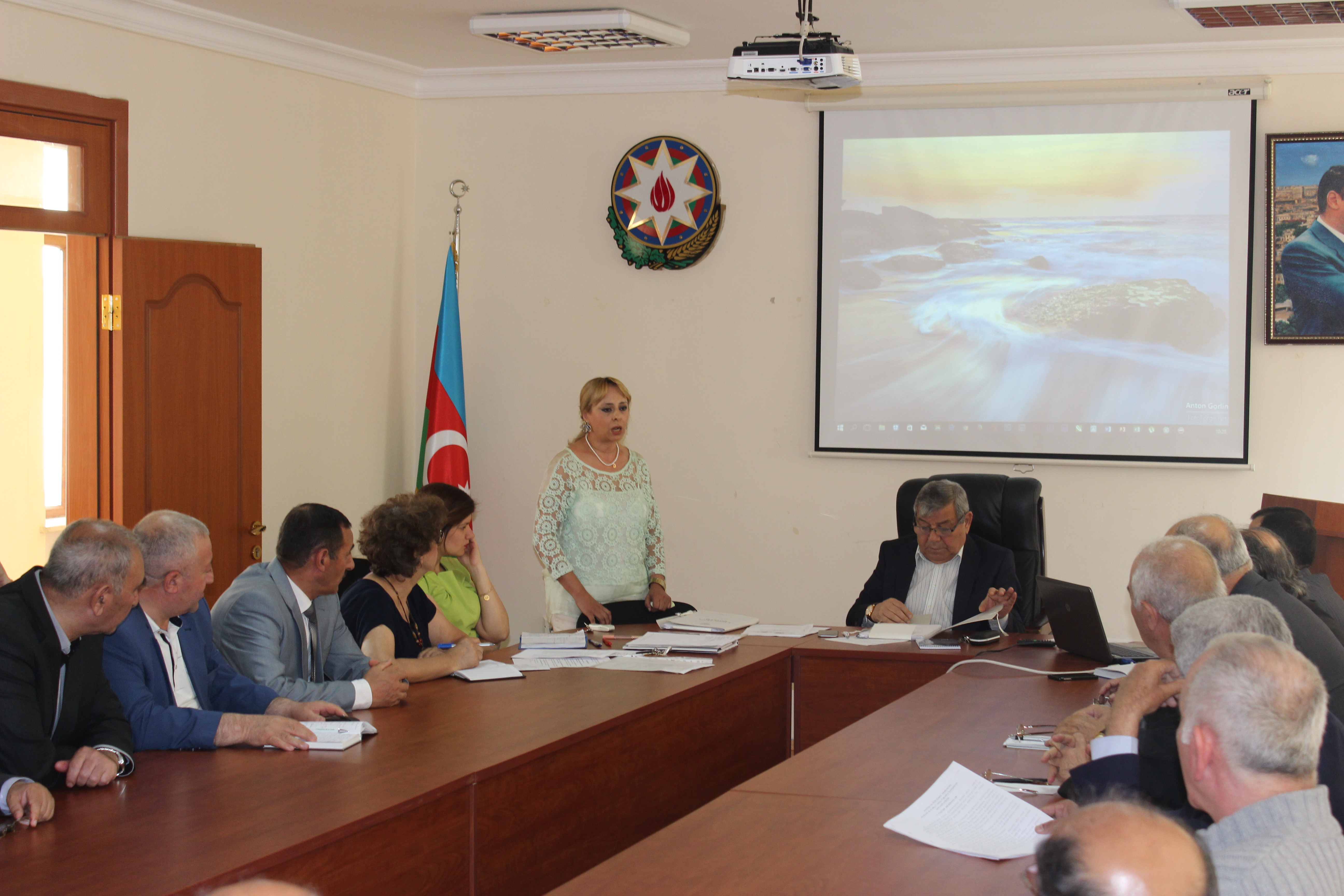 On May 31, at the regular joint meeting of the Scientific Council and Scientific Workshop, the report of Aruz Metaf Mikailov was held on “The role of geologic and geomorphologic processes in the desertification of the Kura Lowland”. The scientist noted that this process, is one of the global environmental problems and very typical for the lowland of the Kura.

According to him, desertification is a long process, and geological and geomorphological factors play a special role in its emergence. There are more active in lowland, low mountains and foothills, as in Jeyranchel and Adjinour.

After the discussion, it was decided to publish the textbook.

Also, changes in the Charter of the Institute and the composition of the Scientific Council, as well as the issue of conferring the title of “Associate professor” to Zarnura Hamidova and Elina Kerimova have been considered.