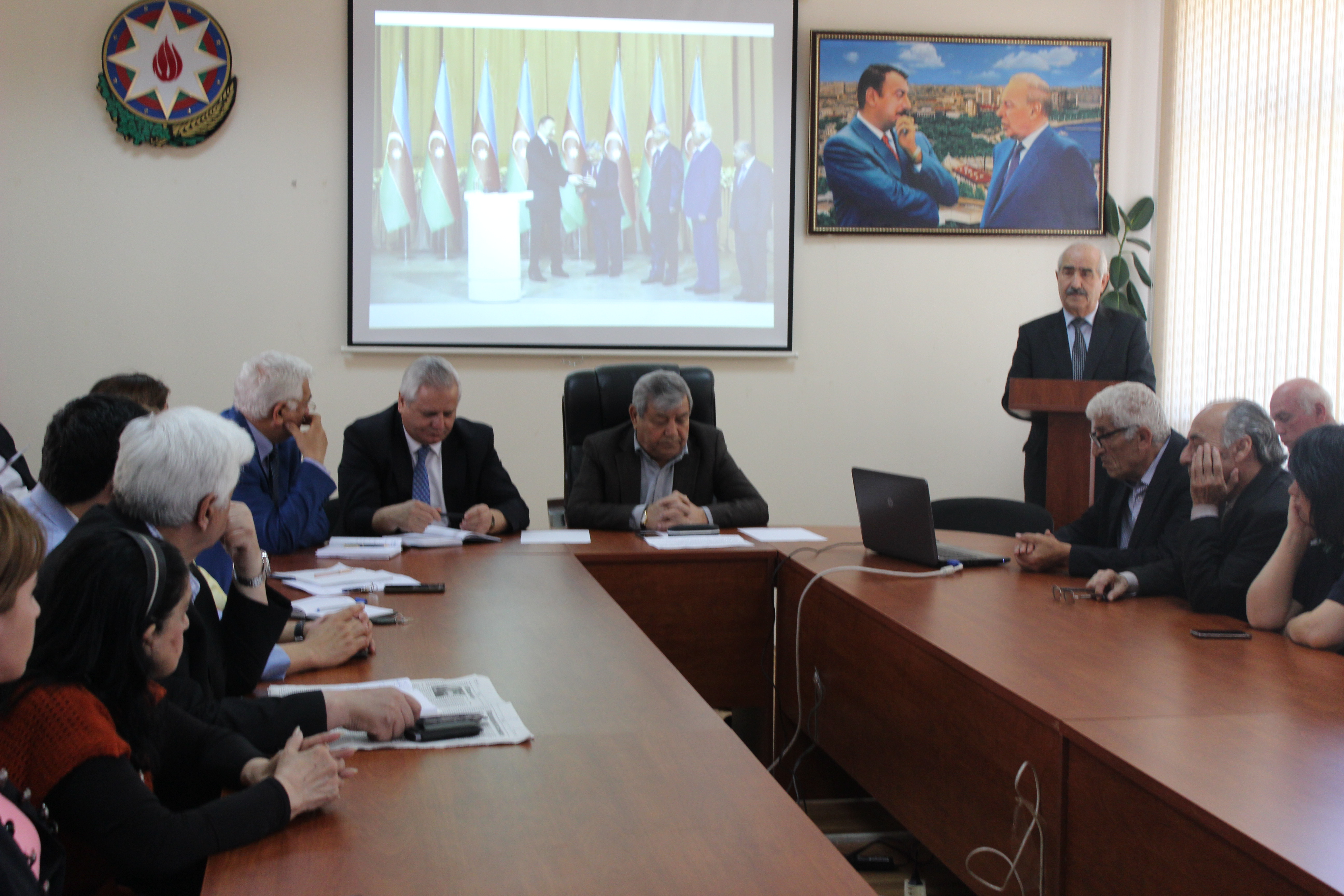 Reporting and election meeting of the Trade Union Committee of the Institute of Geography 2017-06-01 19:49:00 / IMPORTANT EVENTS

On June 1, a report- election meeting of the Trade Union Committee of the Institute of Geography of ANAS was held.

Chairman of the TUC Abil Akhverdiyev made a report on its activities for 2012-2017. He talked about the activities carried out to improve the living standards of employees respect their social and economic rights. He reported on the material assistance provided to employees, the organization of their leisure time as well as the future work of the TUC and its existing problems.

Then elections in the TUC were held. Abil Akhverdiyev was re-elected for a new term.

The director of the Institute, academician Ramiz Mammadov and the chairman of the TUC Abil Akhverdiyev were elected delegates for the next 7th congress of the FTUC.

Deputy Chairman of the Free Trade Union Committee Habil Kurbanov spoke about the role of the FTUC in the social and public life of the Academy. He called on to help the staff engaged in the scientific work. The speaker answered the questions of the meeting participants.