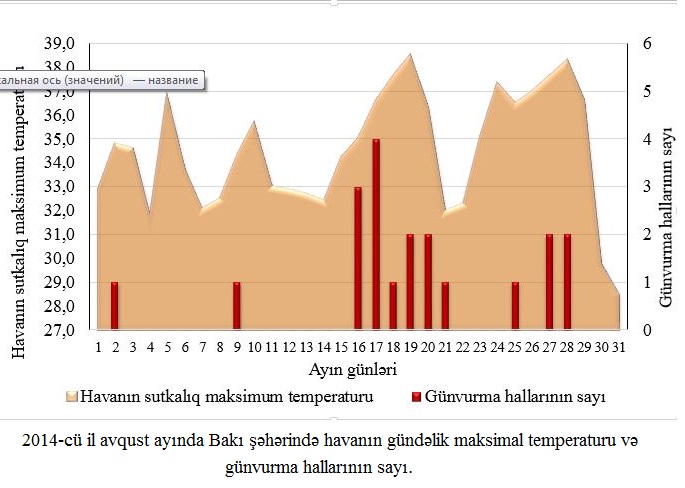 The employees of the department of climatology and agroclimatology- leading researcher, PhD in geography U.Taghiyeva and researcher J.Akhmedova- have prepared a report on the subject.

They inform that the rapid climate changes occurring over last decades have had a negative impact not only on the environment but also increase the sensitivity of people towards them.

One of manifestation of climate change is “warm atmospheric wave”, frequency and stability of which is increasing. This problem has become particularly acute in August 2003, after the heat wave and its consequences.

The reporter notes that over the past decade, the maximum summer temperature on the Absheron increased significantly.

Investigations of WAV in Baku were based on the criteria of World Meteorological Organization.

Alerting the public about the expected “heat wave” has practical significance, but also helps the process of adaptation to extreme temperatures, the report said.