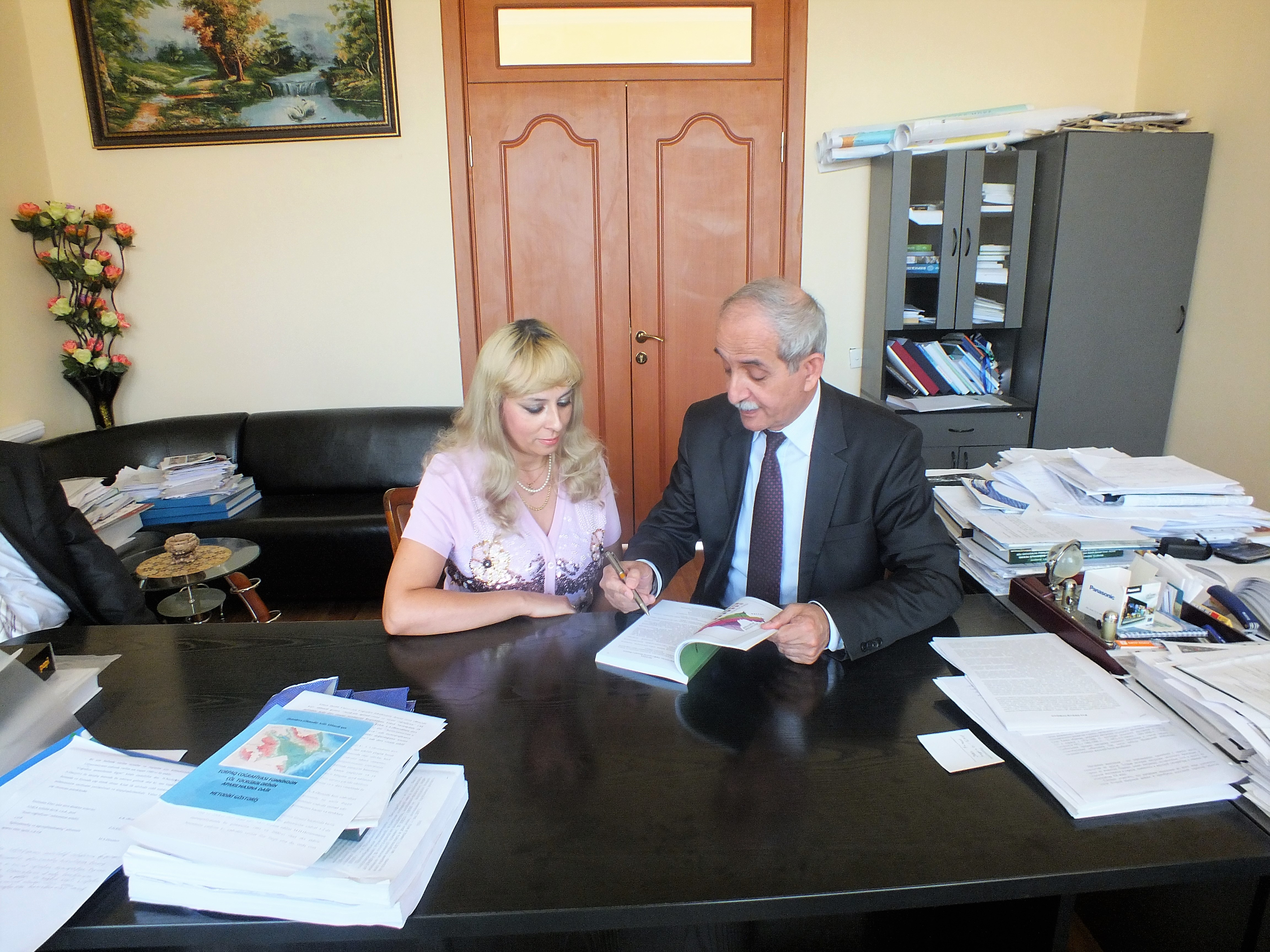 Having won in the category “Scientific achievements” on the contest “Crystal Compass” of the Russian Geographical Society (RGS), the monograph “Eco-geomorphological dangers and risks in the Major Caucasus” has won the right to participate in the finals. This monograph was written by deputy director of the Institute of Geography named after acad. H.A. Aliyev of ANAS, corresponding member Elbrus Alizade and leading researcher of the institute, PhD in geography, docent Stara Tarikhazer.

The organizing committee of the contest “Crystal Compass”, annually held by the Russian Geographical Society since 2012, in order to preserve and promote the natural,  ecological, cultural and historical heritage has received 300 project from 115 settlements of Russia, USA, China, Belarus, Ukraine, Azerbaijan, Bulgaria, Poland, Lithuania, Serbia and Mongolia. Only 33 from them have reached the final, having passed expert council in 11 categories.

Azerbaijani scientists Elbrus Alizade and StaraTarikhazer will take part in the ceremony of awarding the Society “Crystal Compass” which will be held May 12, 2016 in the city of Krasnodar of Russian Federation.