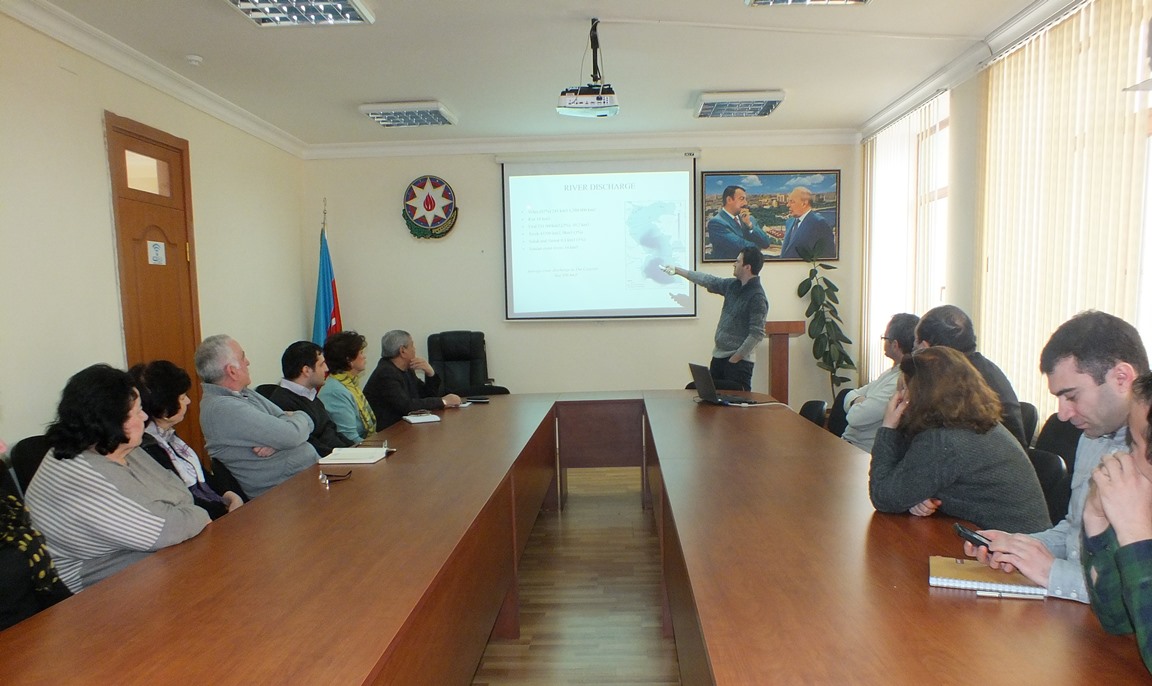 Jean-Francois Cretaux and Amanda Montazem, employees of the Laboratory for Space, Oceanographic and Geophysical studies (COTL) of National French Center for space studies visited Azerbaijan in order to strengthen and expand scientific joint cooperation, as well as to discuss future prospects.

The Director of the Institute of Geography academician Ramiz Mammadov, who initiated this collaboration in 2003 in the framework of several international projects, now invited them to Baku.

On the basis of maps, designed by acad. Ramiz Mammadov, initiator and organizer of mutual cooperation, the guests visited different areas on a specified route along the Kura River from Neftchala to Yevlakh.

Measurements have been made with an accuracy of centimeters in the Kura River, on the point of the Banka and the reservoir near Varvara.

The main objective was to measure the level of Kura and Araz rivers, taking into account the natural flow with the help of GPS and satellite data, as well as monitoring of various parameters.

During the mutual co-operation in the near future, based on satellite observation, it is planned to calculate the level and flow of water of Araz and Kura, the largest rivers of Azerbaijan.

French researchers participated at the scientific seminar of the Institute of Geography, listened to the report of the researcher Elnur Safarov from the Department of the Caspian Sea problems on the topic: “The Study of long-term fluctuations of the Caspian sea level by satellite altimetry” and took part in the discussion.

After the seminar, a memorandum on mutual cooperation was signed between the IG named acad. H.A.Aliyev and the Laboratory for Space, Oceanographic and Geophysical studies (LEGOS) of National French Center for space studies.