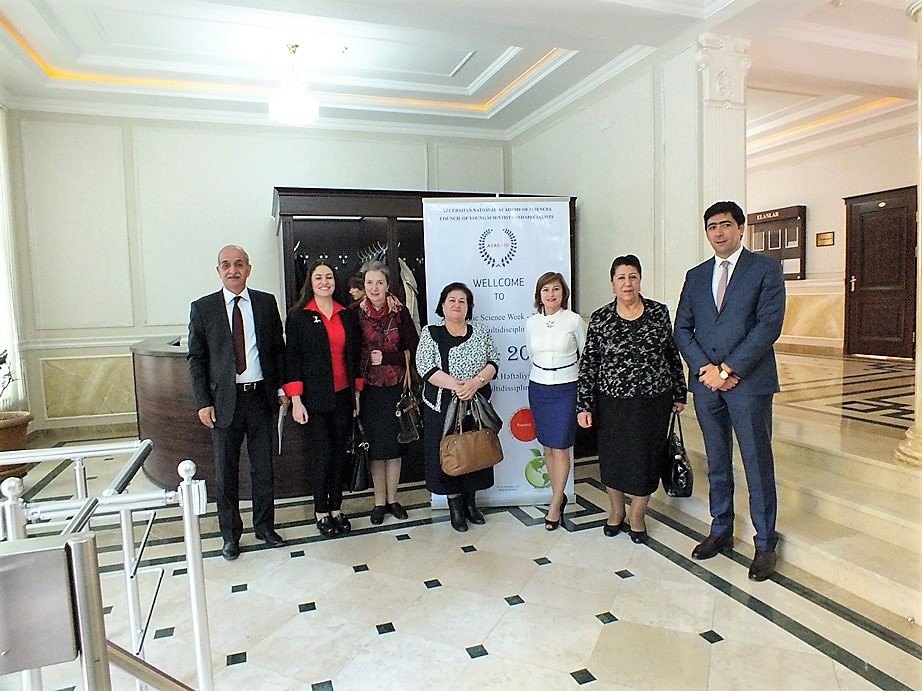 November 3 at the Institute of Geology and Geophysics of ANAS was held a joint meeting of the Department of Earth Sciences, on the occasion of the 70th anniversary of Azerbaijan National Academy of Sciences.

The event was attended by Directors of the Institute of Geography, Geology and Geophysics and the Republican Seismological Service Center, deputy directors for science and scientific secretaries, members of the Scientific Council of the Institute.

Academician-secretary Fakhraddin Gadirov spoke on “The history of development of the Department of Earth Sciences, giving details on its Activities.

On this issue, spoke the Directors of the Institute of Geology and Geophysics and the Republican Seismological Service Center.

Among awarded employees of the Institute: Anar Osmanli- Deputy Director for Common affairs; Luiza Salayeva- scientific secretary; Nariman Pashayev- head of economic and political geography of Azerbaijan; Elina Kerimova- leading researcher of the department of landscape; Jamila Ahmedova-researcher at the department of climatology and the chief librarian Shovgiya Mammadova.