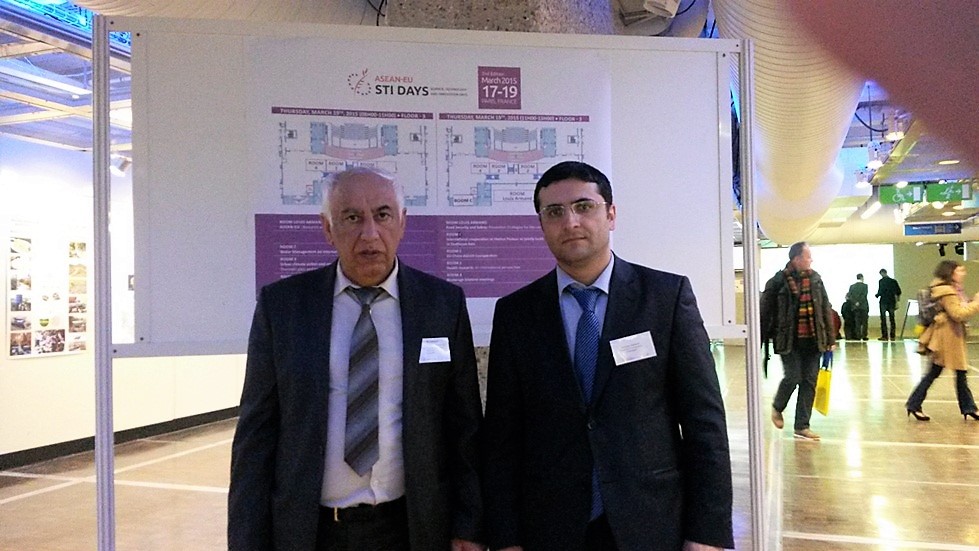 17-19 March 2015, the senior researcher of the Institute of Geography, PhD in geography Rovshan Kerimov, took part in the meeting in Paris “Science, Technology and Innovation-2015” with financial support of the International relation department of the ANAS. The meeting has been organized by the European Union Network of East Asia (SEA-EU-NET II), supported by the European Commission’s 7th Framework Program (FP7).

R.Kerimov participated in the meetings of various scientific sessions, including the “Climate change and water use in international perspective: he was a participant at the scientific forum “The scientific view between countries of the Eastern Partnership and Central Asia”. The event was held on the campus of Science and Industry in Paris, where took part about 200 scientists from 30 countries of the Europe and the Asia. During the conference were held discussions, listened reports on climate variability, efficient use of water resources, keeping as a drinking water and a source of energy, study of the composition of sea water, human health issues. Scientists stressed the importance of further expansion of scientific cooperation between European and developing Asian countries. The next meeting of SEA-EU-NET II will be held in Vietnam, in the city of Hanoi in 2016.