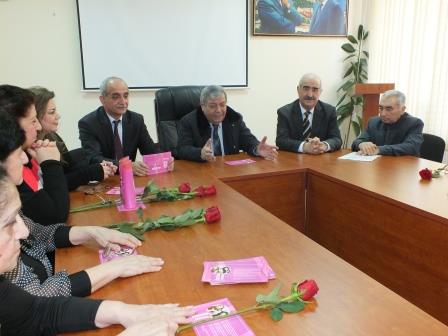 On March 6, at the Institute of Geography was held the event on the occasion of International Women’s Day.

The director of the Institute, acad. Ramiz Mammadov, congratulated all the women and spoke about the role of women in society. He said that in 1998 was created the state Committee for Women. Azerbaijan is presented in the Council of Europe as a full member of the UN Commission on Women. The academician noted that in 1995 Azerbaijan acceded to the International Convention on the Elimination of all forms of official discrimination against women.

Habil Haqverdiyev, chairman of the trade union committee of the Institute, noted the important role of our brave and unselfish women in countless achievements of our country. He stressed that our women have always differed by intelligence, diligence, honesty and patriotism.