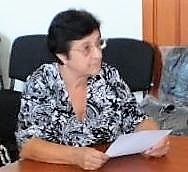 The water resources of Azerbaijan consist of 30.9 km3. 2/3 parts of them are formed owing to the waters of trans-border rivers.

In this case, the location of Kura and Araz, the two largest rivers of Azerbaycan  and some of tributaries of them downstream  water exacerbated water problems of our country making  dependent its water resources on the level of use of river waters in its neighboring countries.