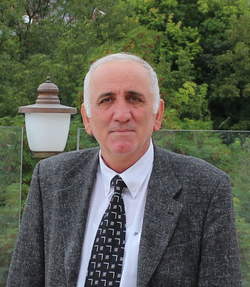 The chapter "Solar radiation and solar batteries", written by the head of the department of the Institute of Geography of the National Academy of Sciences named after Academician H.A. Aliyev was published by the publishing house in a four-volume book called “Handbook of Climate Change Mitigation and Adaptation” (https://www.springerprofessional.de/en/solar-radiation-and-solar-panels/23122300).
Rauf Gardashov wrote this chapter at the initiative of the editors of the book.
The book went on sale from Amazon.com
(https://www.amazon.com/Handbook-Climate-Change-Mitigation-Adaptation/dp/3030725804).
It should be noted that the average number of Springer downloads was 8,000 times, while the second edition of the book was downloaded 410,000 times.