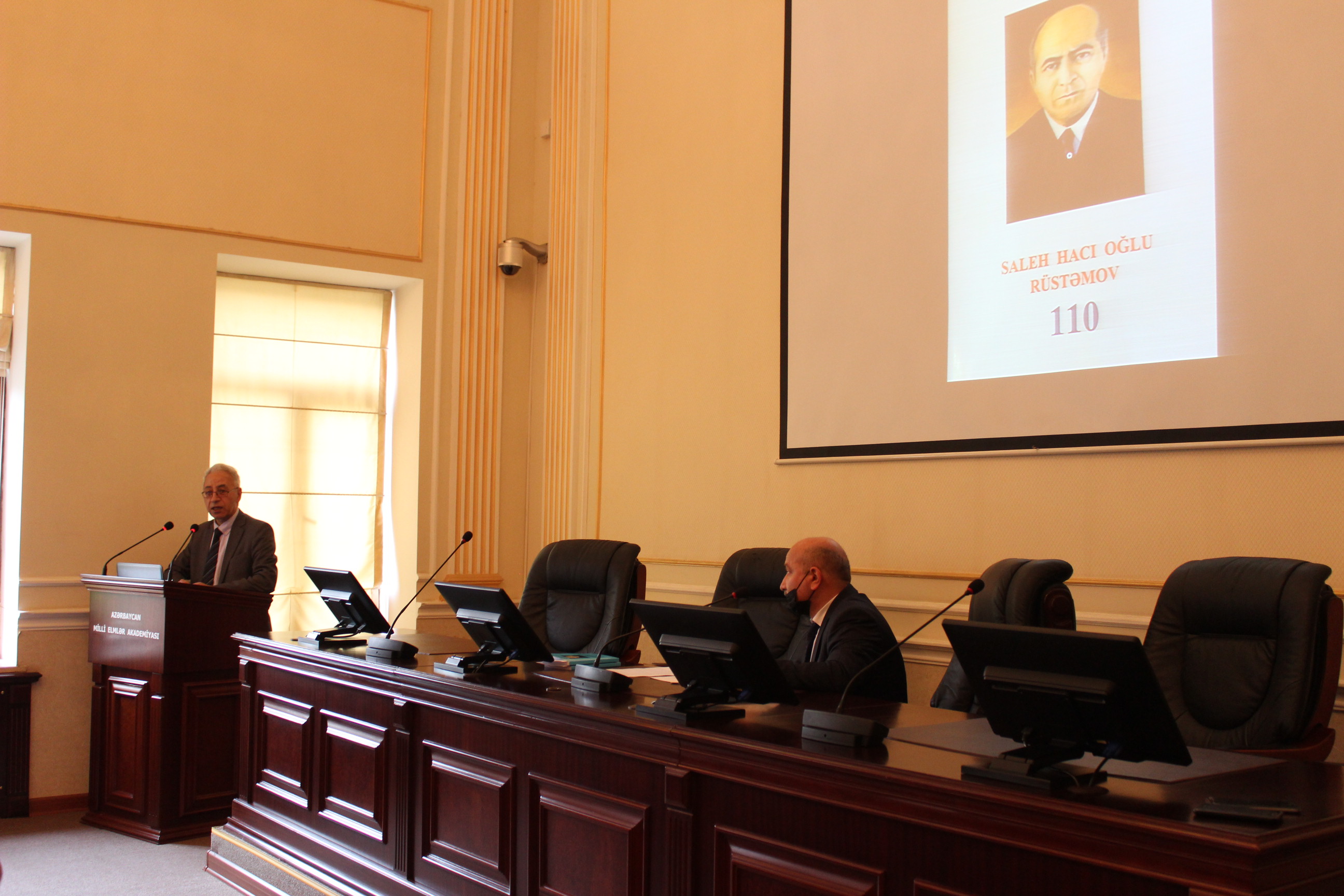 The scientific-practical conference "Hydrometeorology and the Environment of Azerbaijan" dedicated to the 110th anniversary of the birth of Honored Scientist, Doctor of Geography, Professor Saleh Haji oglu Rustamov was held.

The event was organized by the Institute of Geography named after acad. H.A. Aliyev of ANAS, Azerbaijan Geographical Society and Azersu Open Joint Stock Company.

The chairman of the meeting, General Director of the Institute of Geography, Doctor of Geographical Sciences Zakir Eminov made an opening speech. He noted that the scientific creative activity of the scientist is based on the development of scientific-methodical and scientific-theoretical ideas of Azerbaijani hydrography, which is one of the most pressing and global problems of modern geography.

The basis of the long-term and multidisciplinary scientific creative activity of the scientist was the problem of studying the water balance of water resources of Azerbaijan, the regime of river flow. For the first time in Azerbaijan, S. Rustamov's development of the principle and regularity of changes in the water balance in mountainous areas in height is considered an important scientific innovation in geography.

The area of this problem includes precipitation, evaporation of river water from river basins, groundwater, surface water, etc. Separately, the role of the country was analyzed and the potential water resources of the country were assessed. For the first time in Azerbaijan, a hydrologist classified and zoned mudflows. Scientific and methodological ideas in the works "Water balance of the rivers of the Lesser Caucasus", "Water balance of Azerbaijan", "Water resources of Azerbaijan" play a special role in the enrichment of hydrological science of Azerbaijan.

Rustamov has repeatedly represented Azerbaijan at a high level with reports at international scientific conferences on hydrological problems in the former Soviet Union. He made an invaluable contribution to the training of national personnel in Azerbaijan.

The conference continued with the sessions “Water resources and water use” and “Climate change and the environment”.

Zakir Eminov made a report on the topic "The main features of the use of water resources in Azerbaijan", D.Sc. in geography Farda Imanov is a co-author of the book "Assessment of groundwater in the mountain-fold zone of the Greater Caucasus", D.Sc. Vagif Mammadov made a presentation "Limnological research in Azerbaijan and their main directions of development", D.Sc. Rza Mahmudov "Regional climate change in Azerbaijan and its impact on hydrometeorological conditions", Dr. g. Said Safarov "Strong lightning and hail in the western territories of Azerbaijan in June 2017", D.Sc. Amir Aliyev “Ice phenomena in the Azerbaijani sector of the Caspian Sea”. D.F.G. Ismail Guliyev is a co-author of the book "Eco-geographical conditions of arid, semi-arid territories of Karabakh and priority areas of the agro-industrial complex", Ph.D. Rashail Ismayilov "Water potential of the Karabakh economic region", Ph.D.

Gabil Hagverdiev is a co-author of the work "Scientific and creative activity of the famous geographer Salekh Rustamov". The reports were discussed and an exchange of views was made.