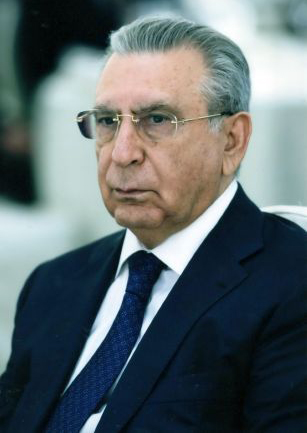 Recently, in the course of programs and discussions, which are broadcast through Internet channels, a number of opposition journalists living abroad have voiced accusations and slander against the country's leadership, violating all ethical norms. This deeply worries many representatives of the Azerbaijani society, including me. It is especially regrettable that such journalists try to carry out their manipulations through persons dismissed or appointed to other positions. It is obvious that these attempts are aimed at generating hostility and misunderstanding between the leadership of the republic and former officials, generating disagreements and creating the impression that there are allegedly deep contradictions within the government. At a time when Azerbaijan is living in a very sensitive stage of its political development, faced with the aggression of Armenia and provocations of Armenians living in many countries of the world, is struggling with the complications caused by the pandemic, it is absolutely impossible to allow society to be confused in this way and try to split, as this contradicts the interests of statehood. Such actions pose a great threat to the future of our country. I urge everyone who has chosen this path of struggle to reconsider their activities and take into account the life priorities of our society and state. They should keep in mind that the radical expressions they voice from abroad will cause a corresponding sharp reaction in Azerbaijan.

Personally, on my own behalf, I want to once again declare that for me political convictions are not dice, and no matter what position I occupy, I adhere to the path I have chosen all my life. I never doubted my convictions, I was always sure that the ideals of the national leader of our people, Heydar Aliyev, are the most correct political choice for the stability, prosperity and development of our country. I have worked for many years, being a faithful ally of Heydar Aliyev and President Ilham Aliyev on this path, which I will continue to do. My attachment to the head of state is a matter of morality and statehood. In this matter, there can be no talk of personal gain and petty interests.

Those who in their speeches easily violate all decency and ethical standards should not forget that the President is the head of state, a symbol of the country's sovereignty. The indisputable truth is that during the reign of Ilham Aliyev, our republic has gone a long way of development, its international authority has increased. This causes a sense of fair pride in every Azerbaijani. Representing the Azerbaijani state abroad in an unattractive way does not do honor to those who consider themselves Azerbaijani. In the current political conditions, each of us has only one enemy - the occupying country Armenia! And we must direct all our energy and strength to the fight against this enemy. It is known from our history that in all periods when we forgot about external threats and were busy with internal strife, we suffered great losses and defeats. Therefore, we need to learn from the mistakes of the past and closely rally around the head of state. This is our duty and moral responsibility to the Motherland!