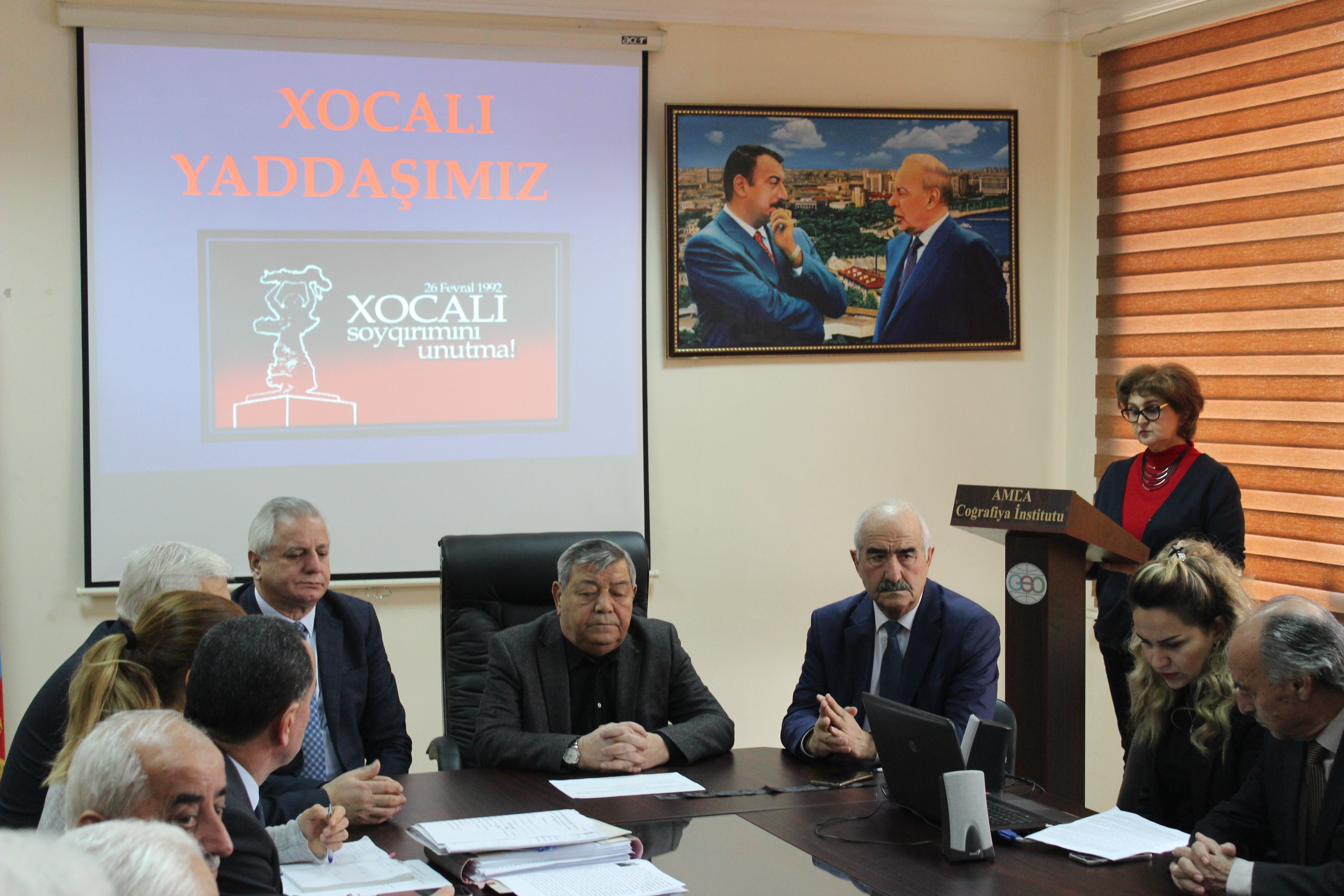 The event, dedicated to the 28th anniversary of Khojaly tragedy, was attended by the chairman of the presidium of Trade Union of ANAS, prof. Habil Gurbnov.

The memory of Victims of Khojaly tragedy was commemorated with a minute of silence.

Ramiz Mammadov, the director of the Institute of Geography, noted that thistragedy was recognized by many countries and international organizations. The terrible facts associated with tragedy were brought to the attention of the world community. Millions of people recognize the true face of Armenian aggressors in different parts of the world.

Khanim Rzazade, an employee of the public relations department, made a presentation entitled “Memory of Khojaly”, describing the causes, history and consequences of this tragedy.

H.Gurbanov in his speech spoke about what he saw during his stay in the region.

Abil Akhverdiyev, the chairman of the Trade Union at the IG, emphasized that the moral duty of the Azerbaijani people is to bring the truth about Khojaly tragedy to future generations.