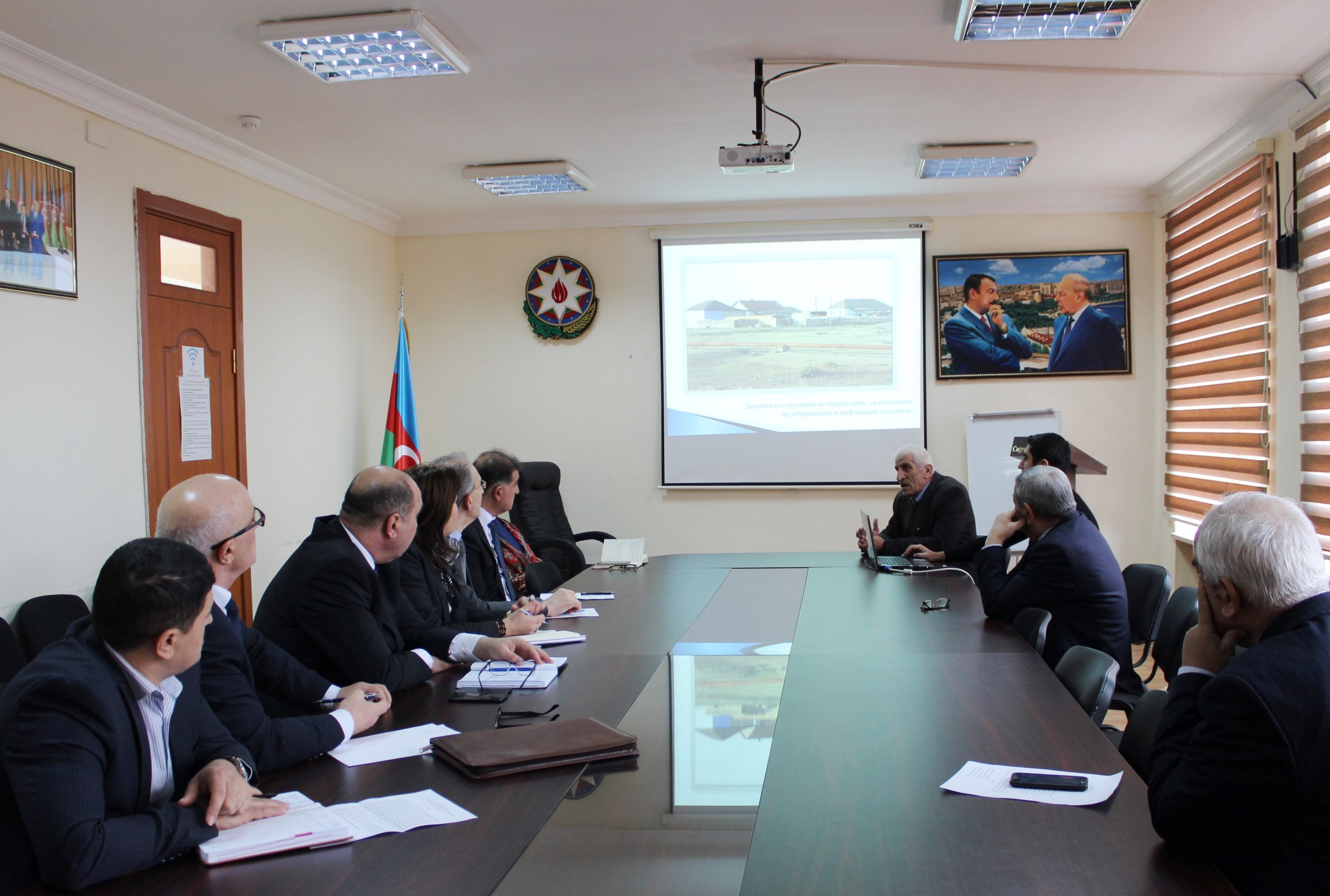 On February 12, a meeting with the staff of the ANAS was held with Mikail Jabbarov, the Minister of Economy. The acad. Ramiz Mahdiyev noted the role of science and the worthy participation of scientific institutions in the process of building the country.

On February 13, a group of senior officials of the Ministry of Ecology and Natural resources led by Firdovsi Aliyev visited the Institute of Geography. The purpose of the visit was to familiarize with the map of environmental risk of Azerbaijan compiled by the Institute’s employees, as well as exchange views on this issue.

According to the director of the institute, acad. Ramiz Mammadov, a map compiled jointly with PhD Mirnukh Ismayilov, is the result of the work of the staff in recent years.

Along with personal observations, maps previously compiled by the institute were widely used.

With the expansion of human activity and the emergence of new technology, anthropogenic phenomena increase and, along with them, the number of risks increases. Therefore, the map should be updated periodically.

Then M.Ismayilov made a presentation on the causes of the urgence of the problem, reported on technogenic factors that pose a threat to human life, patterns of natural disasters, assessment and mapping of environmental risks.

The deputy minister praised the work of the institute of Geography in developing a map of environmental risks and emphasized that joint work will contribute to the creation of large-scale maps of strategic importance for the country.