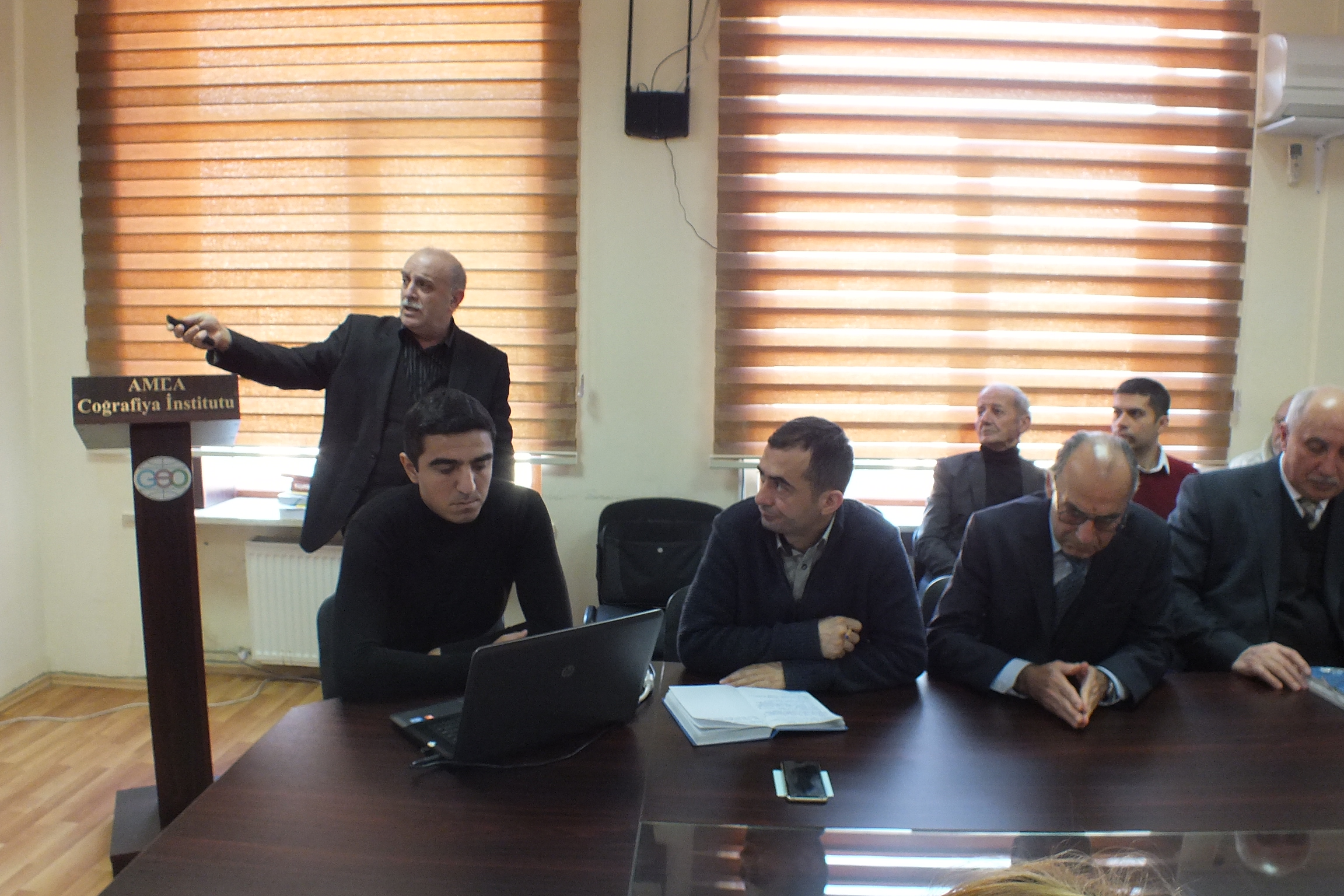 At the Scientific Workshop of the Institute of Geography named after acad. H. Aliyev of ANAS, Senior researcher in the Department of Demography and Geography of population, PhD Etibar Badalov, made a report on the topic “Economic and geographical problems of sustainable demographic development in the cities of Azerbaijan”.

The author analysis the negative and positive aspects of demographic development in such areas  as economics, employment, transport, tourism, education, healthcare, migration. He also compared the dynamics of natural growth per 1000 people in the western and eastern parts of Azerbaijan, the age composition and gender ratio.