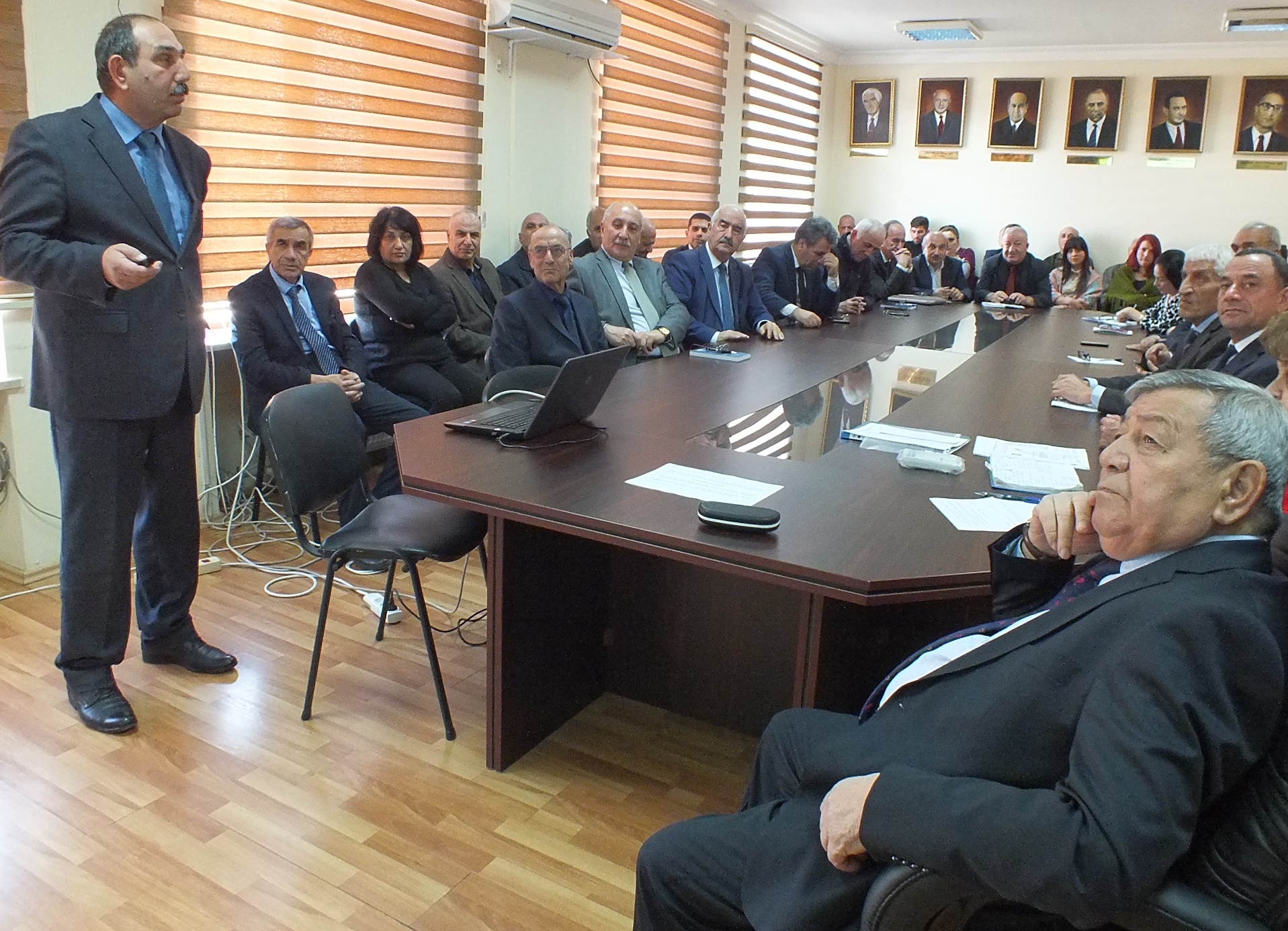 The meeting of Scientific Workshop and Scientific Council of the Institute of Geography named after acad. H. Aliyev of ANAS was held.

The speaker provided extensive information on mapping, on the distribution of annual, monthly average and long-term temperatures.

Zakir Eminov made a report on the scientific conference in Mingachevir, which took place November 7-8.

The work of the conference was positively evaluated by the members of the Council.