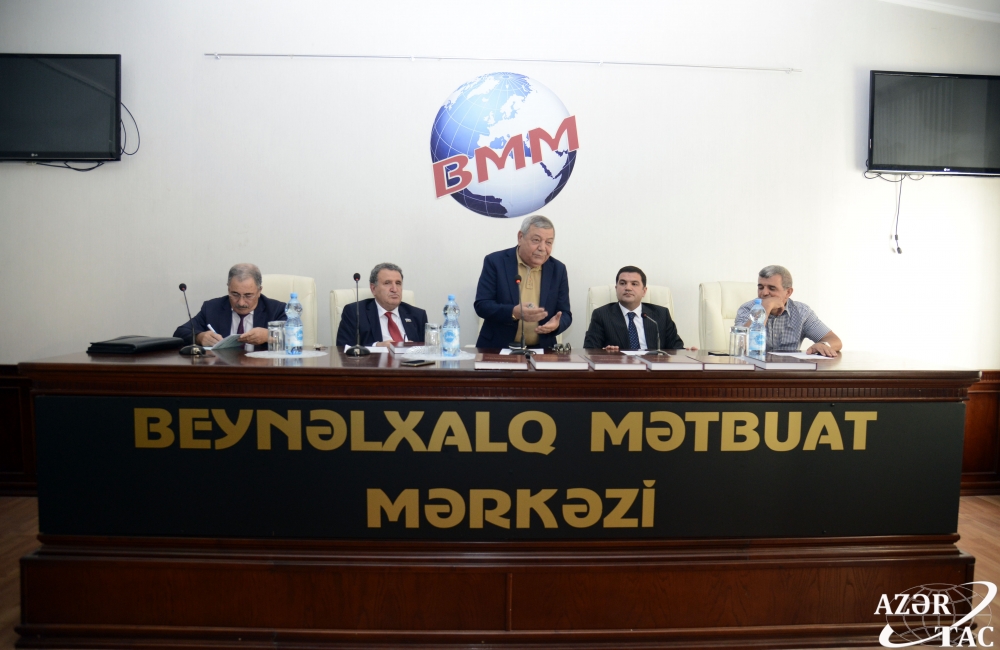 The presentation  of two- volume “Geography of the Nakhchivan Autonomous Republic” was held at the International Press Center, with the organization of the Institute of Geography named after acad. H.Aliyev of ANAS.

Opening the event, Academician R.Mammadov noted, that this day coincides with the 50th anniversary of the leadership of the leader Heydar Aliyev in Azerbaijan, and he congratulated the audiance.

The academician spoke about the attention of the government to science  and the research carried out at the institute. He emphasezed that the entire territory of Azerbaijan is a research laboratory of the IG. He spoke about successes and acchievements of the Institute staff.

Mammadov noted that in the process of working on the book, scientists repeatedly traveled to the region to get more information. Geography of Nakhchivan AR may be of interest to all kind of readers.