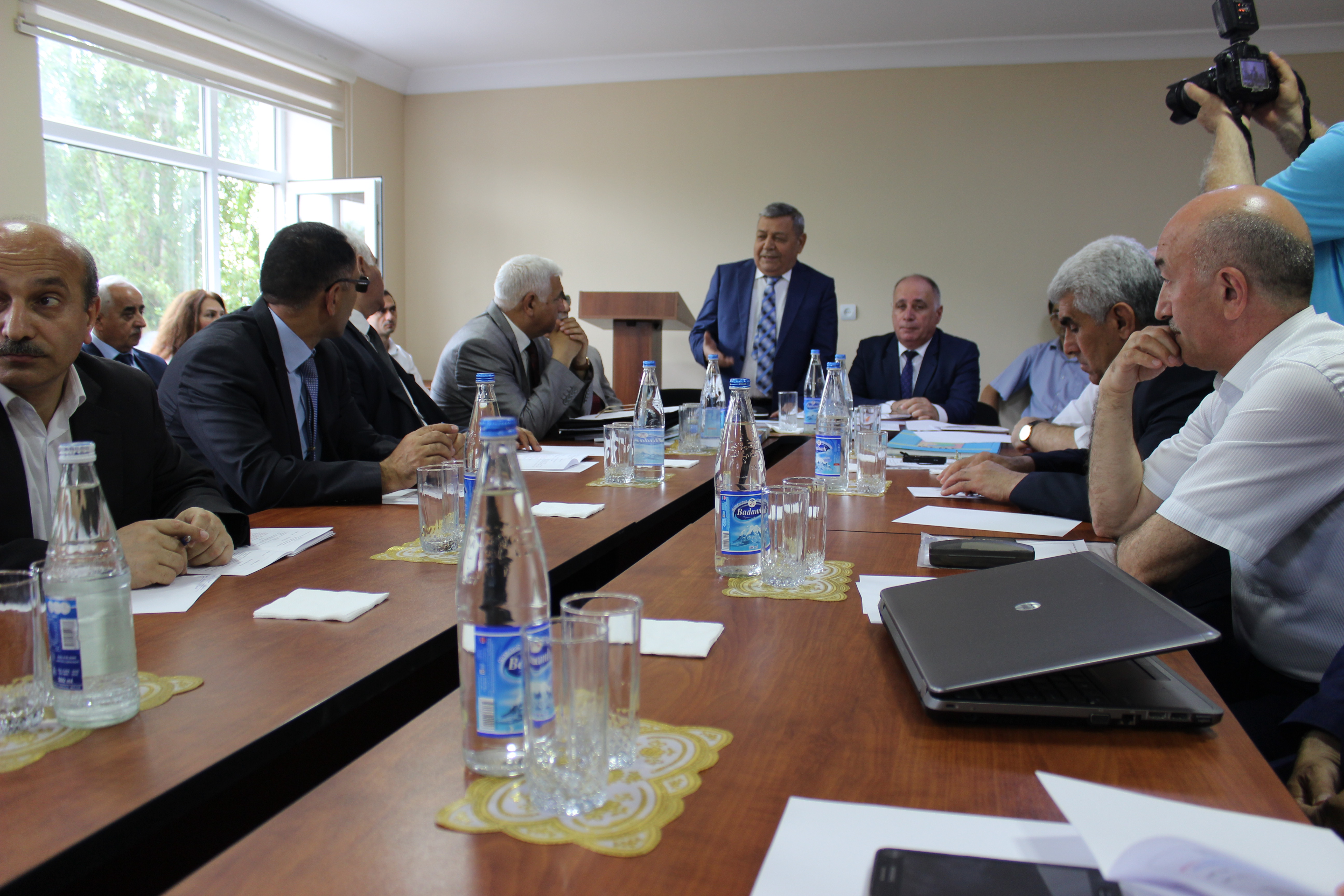 June 16-17, a scientific conference devoted to the 110th anniversary of academician Hasan Aliyev, was held in Lenkoran entitled “Human relations with environment.”

At the event, organized jointly by the Institute of Geography named acad. H.A.Aliyev of ANAS, Lankaran State University and Azerbaijan Geographic Society, scientists and experts from BSU, ASU, Sheki regional Center of ANAS, the Ministry of Emergency and other organizations took part.

Acting rector of LSU, Natiq Ibrahimov, welcomed participants, wishing successes to the work of the conference. Academician Ramiz Mammadov, director the Institute of Geography named acad. H.A.Aliyev of ANAS, presiding at the meeting, acquainted the participants with the agenda. He spoke about the academician Hasan Aliyev, prominent geographer, soil scientist, his irreplaceable role in the development of geographical science in Azerbaijan, his activities in the field of the environment, training of staff, ecology, publishing, serving the people and the country, public and organizational ability, as well as his human qualities. Academician H.A.Aliyev did much for rational land use, studying the environment and maintaining its balance.

Deputy Director for science, associate prof. Maharram Hasanov, made a report on “Climate and agroclimatic resources of the Lankaran natural region”, prepared in co-authorship with Matlab Rahimov; he informed in detail about the role of climate change in the country’s economy.

The Doctor of geographical sciences, Zakir Eminov, who heads the direction of the Human geography of the IG, made a presentation on “Geo-economic problems of the current demographic situation of the Lankaran-Astara economic region”, the chairman of the Lenkoran branch of the AGS, PhD in geography Ziyafet Aghayev with report on Ecological problems of the rivers of the Lankaran natural region and the causes of their occurrence”.

At the end of the event, the chairmen of the sections made a report on the conference.

The draft resolution was adopted, which also put forward a proposal to conclude an employment contract between the Lankaran State University and the Institute of Geography in order to expand the connection between science, education and production, as well as organize jointly such events. The final text of the document was approved after discussions.

Participants of the conference thanked the organizers for the high level of the event.