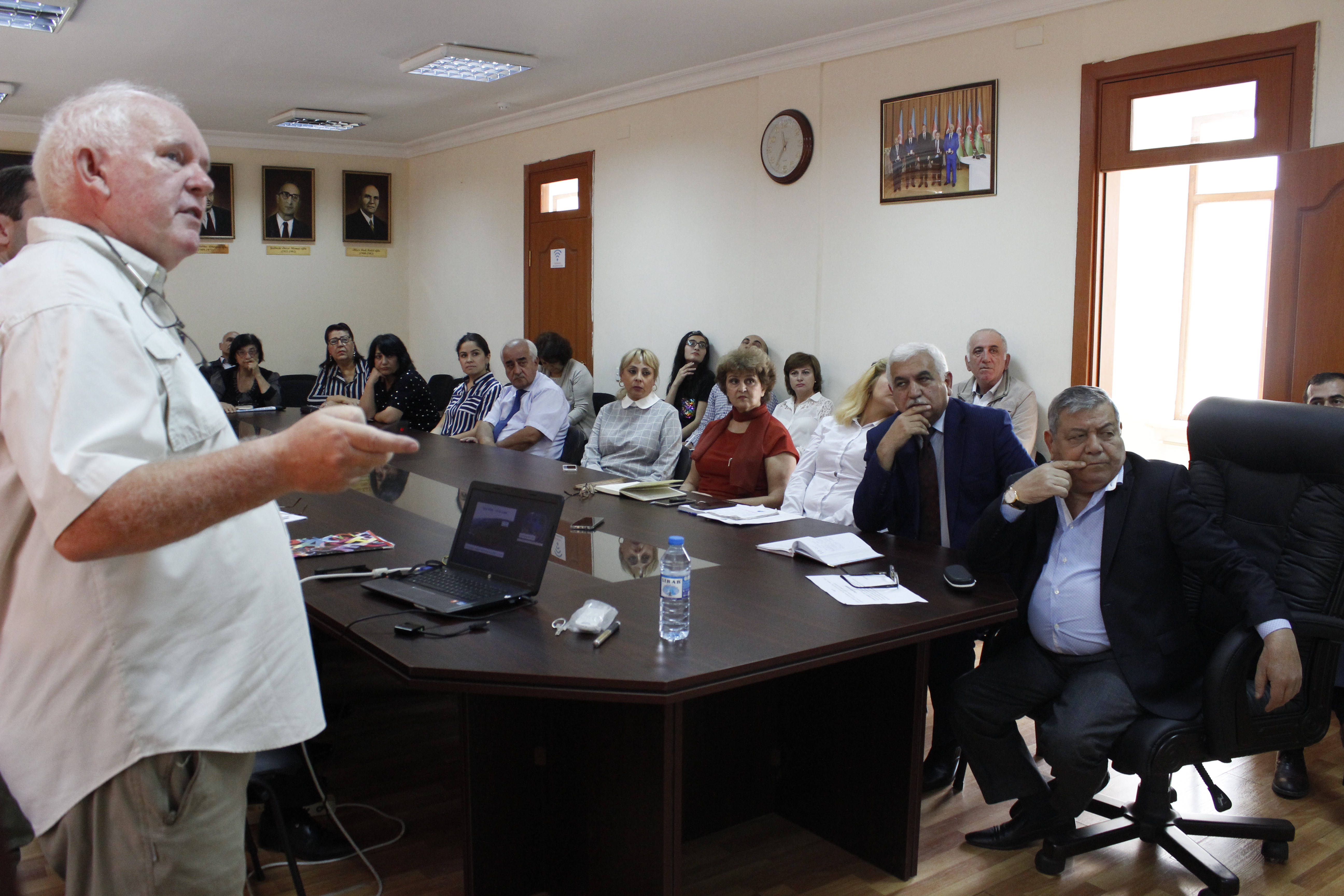 At the meeting of the scientific workshop of IG of ANAS, the independent researcher Ronni Gallager made a report on the theme “Anthropomorphic images on the landscape of Azerbaijan and their possible significance”, as a well as on the observation of the coastlines of the Caspian Sea.  He expressed the opinion on their maximum use in the form of sustainable indicators, regional geomorphology, paleo fraction and their study from the point of view of the biodiversity.

The researcher examined the issue of variability of the sea level in the southern part of the Caspian Sea in IV Period, saying the reason for this phenomenon, which was the confluence of sea waters into the Caspian Sea.

He also noted that the level change in the sea at this period played the important role in the migration of people who had lived in Azerbaijan to Egypt and of Egyptians to Azerbaijan.