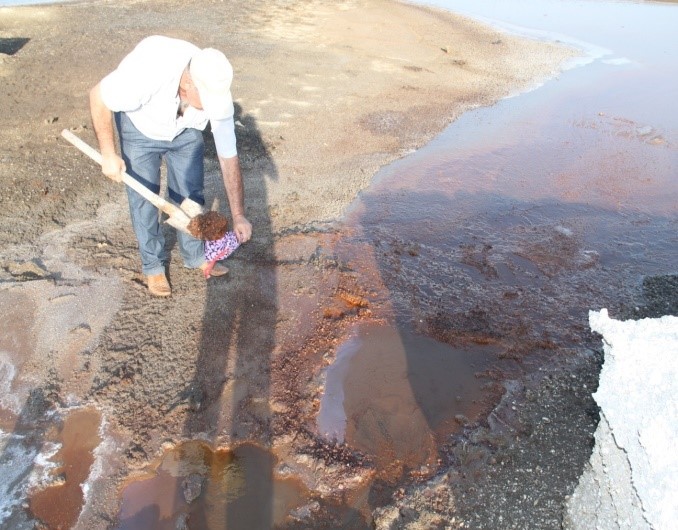 Investigations were conducted in the region from the coast of the Caspian Sea to the Karabakh plain 2018-09-11 16:38:00 / IMPORTANT EVENTS

In July, this year, Group of staff of the department “Landscape Research and Landscape Planning” of Institute of Geography named after acad. H.Aliyev of ANAS- Elkhan Mamedbekov, Museib Yunusov, Saida Zeynalova, visited a field expedition to a large area from the coast to the Karabakh plain. Scientists have investigated the differences of semi-desert, desert, forest field landscape, with the aim of determining the directions of anthropogenic transformations and the dynamics of landscapes in the intermountain basin of the Kura River.

The main goal was to develop measures to adapt anthropogenic activities to various scenarios of changes, as well as to determine the dynamics of natural-anthropogenic landscapes in the most densely populated areas of the intermountain depressions of the Kura. 40 samples of different landscapes were identified, complex observations were made, soil and rock samples were taken for chemical analysis, anthropogenic transformations were noted, and large-scale mapping was performed (1:25000, 1:100000). 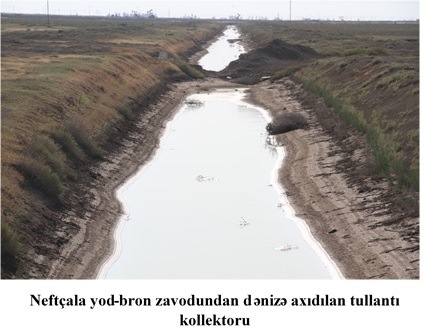 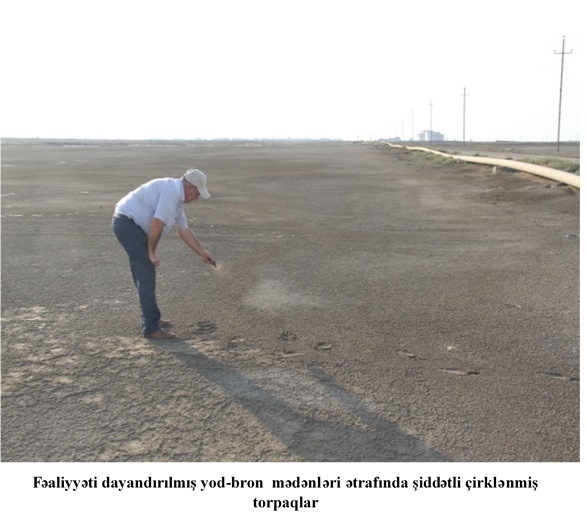 Polluted land around the former place of extraction of iodine-bromine

The dynamics of the landscapes of coastal areas of the Caspian Sea was studied on the Salyan plain. It was initially revealed that over the past 3-4 years the level of the Caspian Sea was decrseasing. Depending on the relief characteristics of Salyan plains, the sea retreated by 1200-1500, on some shores by 200-300 m, and as a result, a large area was transformed into a continental regime. The features of the structure, dynamics, and evolution of newly formed landscapes as a result of the sea retreat were studied. Maps with a scale of 1:25000 were compiled. It turned out that formed saline desert and semi-desert landscapes that emerged from under the sea.

In the Gultug and Gizilagaj straits of the Salyan region, the Caspian Sea gets shallow rapidly, which will intensify the process of desertification and lead to an arid climate, which can lead to serious social and economic problems. 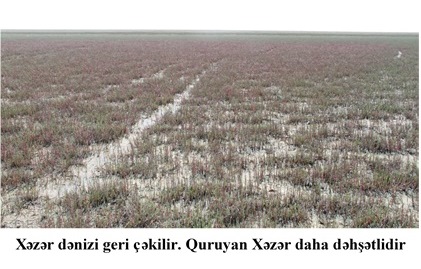 Role of irrigation systems and reservoirs in the structural-territorial dynamics of the Kura-Araz lowland is significant. Recently, due to climatic changes, the drying out of small rivers that react quickly to climate fluctuations has intensified the desertification in basin landscapes. It became impossible to collect water for the last 6-7 years in the reservoir created on the Bolgarchay River, and now the reservoir has lost its signification.

The water regime of some dried lakes and marshes in the Kura mountain basin is restored with the help of collectors. It is unacceptable. The water of the collectors is harmful to the economy chemically. 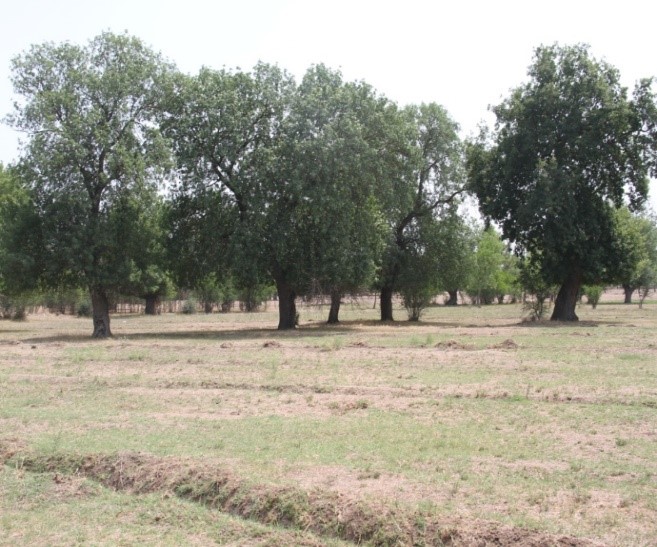 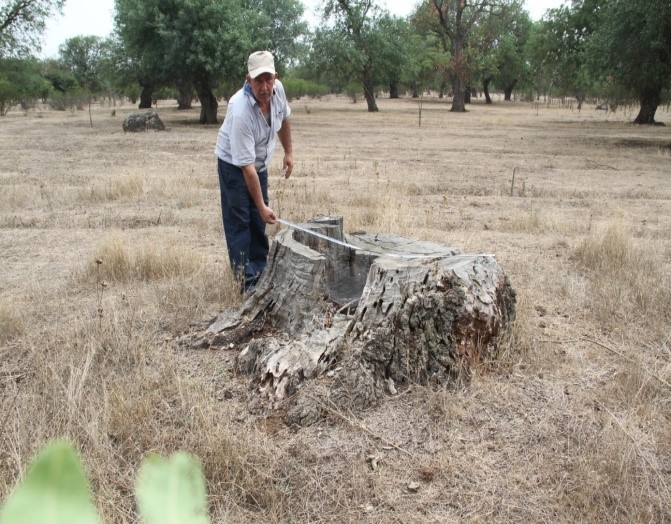