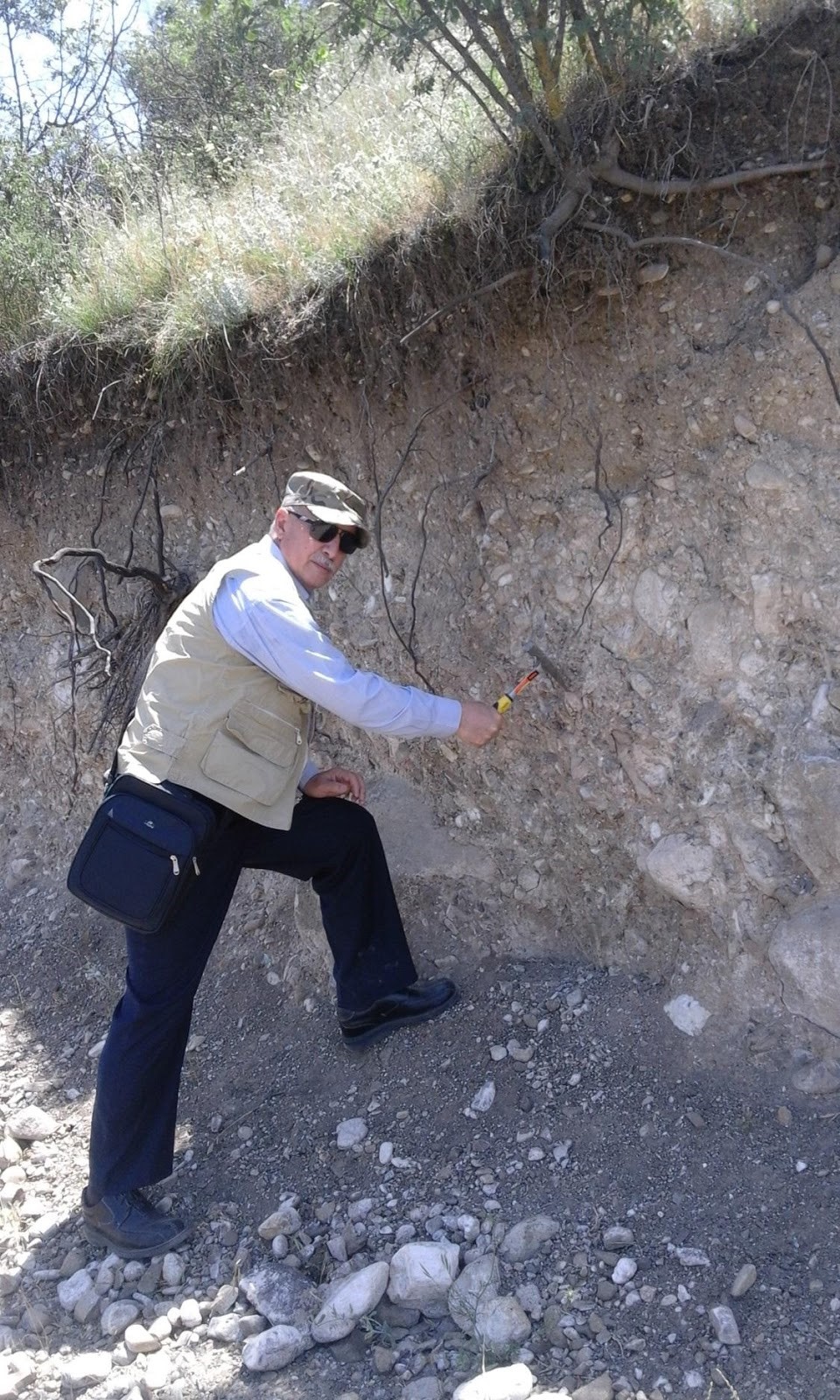 The employees of the department of paleogeography of the Institute of Geography named after acad. H.A. of ANAS- D.Sc.in Geography E.Taghiyeva, PhD R.Fataliyev, A.Aliyev and V.Agayeva have been in expedition in Oghuz region June 25-30 to study on the Southern slope of the Greater Caucasus in accordance with the implementation of the work plan for 2017-2020 on the theme: “Evolution of the natural conditions of the western flank of the South Caspian basin during the periods of Pliocene and Eopleystocene and its role in the formation of oil fields”.

It is known that hydrocarbon deposits on the territory of Azerbaijan are mainly associated with the Pliocene deposits, and these deposits are widely distributed in the east of our republic, in particular in Absheron-Gobustan

However, in the geological literature, there is information on the appearance of these deposits in the western direction, as well as at the intersection of the Ajinohur foothills with river valleys.

Similar natural exits were found in the valleys of Girdimantcay, Goychay and Alijanchay, and the expedition’s goal was to study Pliocene sediments in the so-called “confluence of waters”, along the valley of Alijanchay.

During field research, much information was collected on the geological and geomorphological structure of the territory; exploratory wells dug in connection with the once-built reservoir were investigated.

The stratigraphic and structural states of the Pliocene sediments were studied in field conditions; their location on topographic and geologic maps was indicated; samples of rocks were taken for palynological and other analysis.