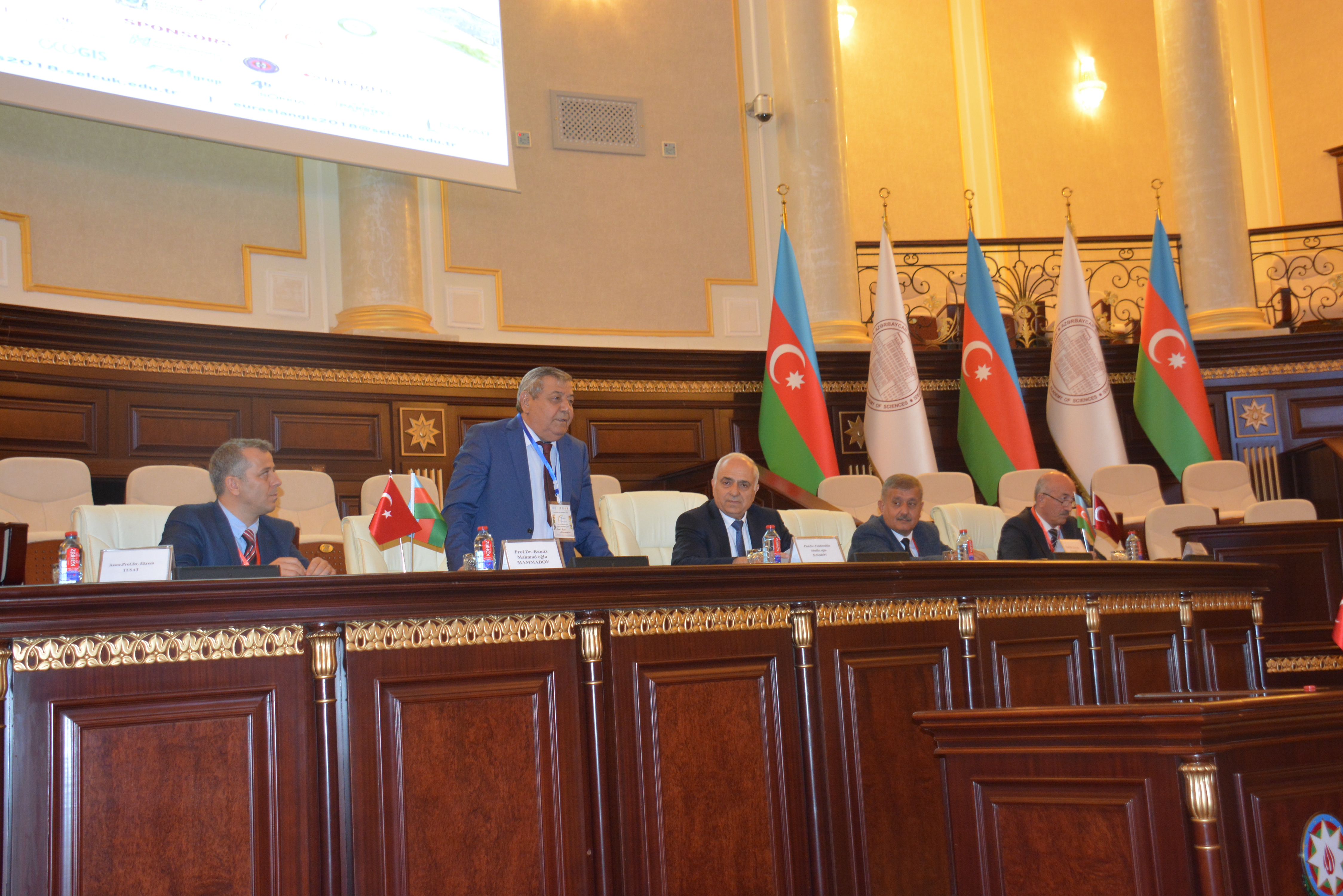 The International Conference “GIS Eurasia-2018” organized by the Institute of Geography named after acad. H.Aliyev of ANAS jointly with the University of Seljuk of Turkey, began work on September 4 at the National Academy of Sciences of Azerbaijan.

Scientists from Turkey, Russia, the USA, Kazakhstan, Moldova and other countries take part at the event.

Academician Fakhraddin Gadirov, academician-secretary of the Department of Earth Sciences of ANAS, said that the main purpose of this event is reveal of the possibility to use Geographical Information Systems (GIS) in various fields of science and economy.

He noted that the head of state signed various documents on the creation of e-government, the structure of spatial information and placement on government portals, and that one of the attributes of the implementation of these orders is the development of GIS technologies in the country, the study of its theoretical problems and application in practice.

Director of the Institute of Geography, academician Ramiz Mammadov made a report on the theme: “The dynamics of desertification process in the east of Azerbaijan”. He said that in the modern era GIS technologies are widely used in numerous fields of activity.

The scientific-theoretical bases of application if GIS in ANAS are investigated, a lot of work is being done to solve existing problems in this area, some projects are being implemented. He talked about the intensive process of desertification on the Absheron Peninsula. He noted that on the basis of satellite imagery and data using GIS technologies, cartographic maps of the territory were obtained.

Professor of Selcuk University Farruk Yildiz and Austrian scientist Ali Akbar Rasuli and others shared their views on dynamic development of GIS application in all fields of activity. They talked about the important measures to solve existing problems and wished success to the conference.

Specialist of the Ministry of Agriculture of Azerbaidjan, Gulbaniz Ganbarova, reported in her speech that the Ministry implements various micro-projects in villages within the framework of a rural investment project that can help 3 million 600 thousand people.

The geographic information system map has been prepared on the website of the project, so everyone can express their opinion and get the necessary information on the network about the work, budget, finances, etc.

The conference has the following sections: GIS, Application of GIS in Spatial Analysis, Environmental monitoring, GIS management in natural disasters and natural resources, Spatial Data structure and its application in GIS.  About 150 reports will be heard on various topics.