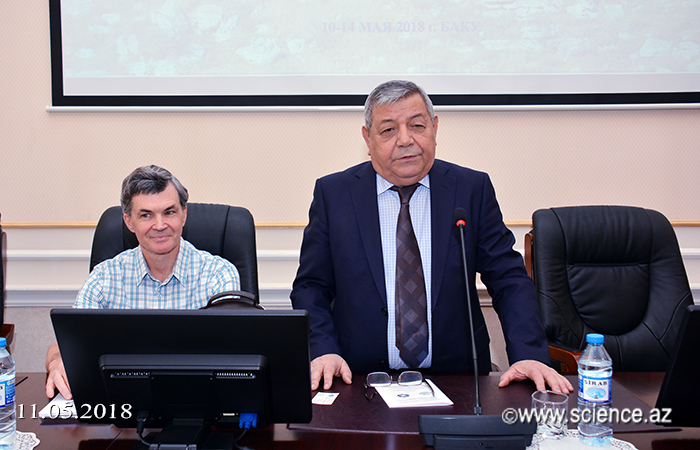 The International Conference started. It was organized by the Institute of Geography named after acad. H. Aliyev of ANAS (IG), Azerbaijan Geographic Society (AGO), Russian Association of Geographers and Social Scientists and Academy of Public Administration under the President of Azerbaijan Republic on the theme “Priorities for the development of the XXI century and social geography in Azerbaijan and Russia”.

The event which will last until May 14, involves 67 scientists from Russia, Poland, France, Serbia, China, Turkey and Azerbaijan. The purpose of the conference is to study the situation in Azerbaijan and Russia in modern geopolitical, geological-geographic, geo-economic, geodemographic and geo-cultural processes, to determine the development factors and priorities of social geography and to exchange opinions and discussions on the preparation of proposals on this issue.

The main themes of discussions at the conference are the following: “Priorities, factors and trends of development of the XXI century and social geography in Azerbaijan and Russia”, “Dynamics of social geography and territorial organization”, “Social and geographical aspects of environmental security”, “Landscape phenomenon in modern geographical and social processes”, “Social Geography and Modern Technology Challenges”, “Development of the Regions of AR and RF in the post-soviet period”.

Academician Ramiz Mammadov, director of the IG, president of AGS, opened the meeting with a welcoming speech and announced the program.

Speaking about the importance of the event, scientists said that scientific relations between geographers were formed in the Soviet times, and for many years, as a result of joint research, significant results have been achieved. R.Mammadov said that the Russian factor played an important role in the development of Azerbaijani science. He noted that relations between the two countries are strong and develop in political, economic, scientific, cultural and other spheres.

D.Sc in geography Alexandr G.Druzhinin, president of the Russian Association of Geographers, director of the North Caucasus Research Institute of Economic and Social Problems, D.Sc.Dong Jawen, prof. of the Institute of Geography and Limnology in Nanjing at the Academy of Science of China, D.Sc. Rajko Knyato, president of the GS of Serbia and the head of the chair of the Academy of State Administration under the President of AR, D.Sc. Aydin Ibrahimov, member of the Aegean University of Turkey, noted the great importance of the conference, as well as the fact that it will impetus to the strengthening of scientific ties and joint research.