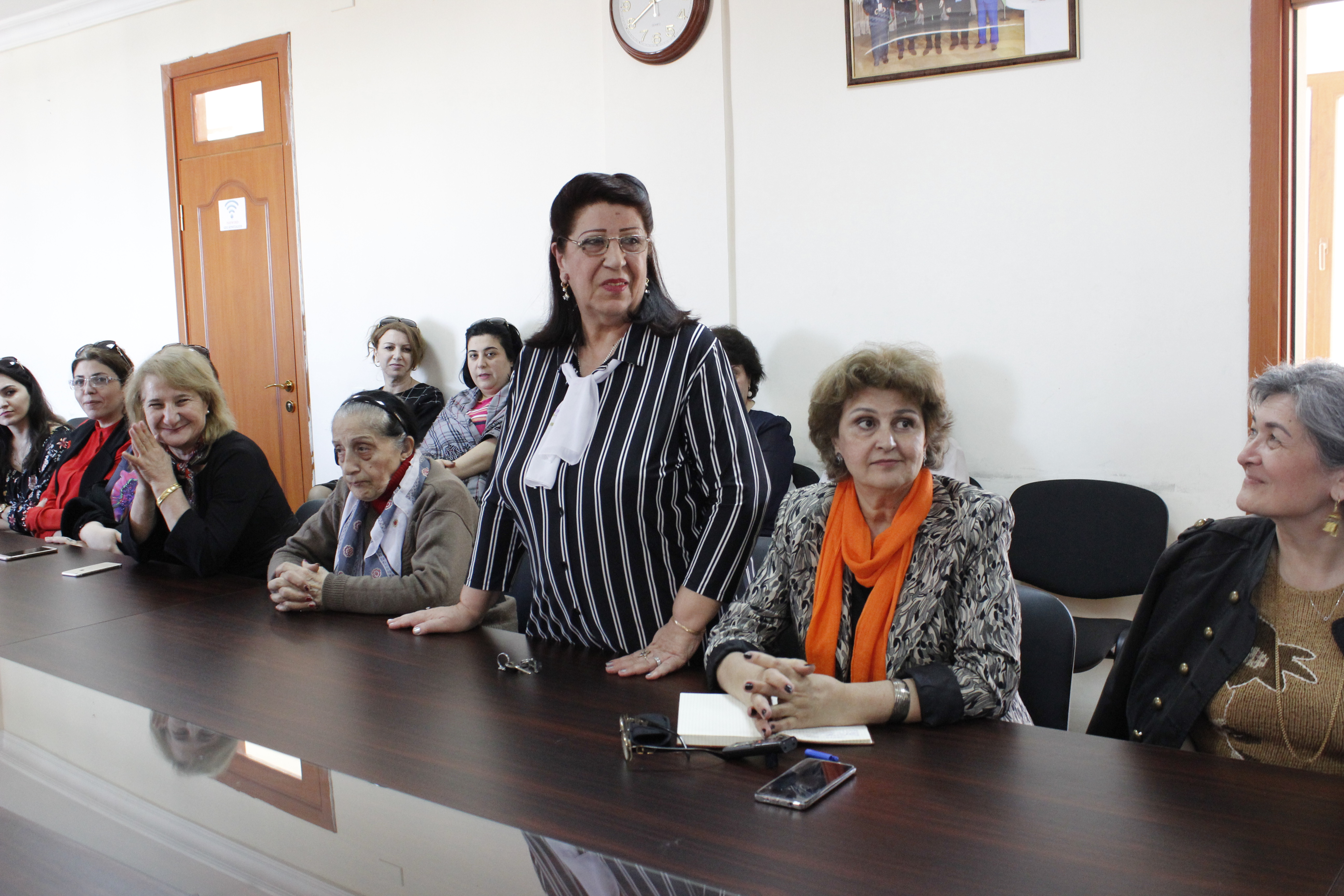 A constituent meeting in Women’s Council was held at the Institute of Geography named after acad. H.Aliyev of ANAS.

Abil Akhverdiyev, chairman of the Trade union Committee of the IG, reported on the purpose of the meeting and introduced the guests.

Then Rena Mirzazade told about the role of women in public life. She considered advisable to create a Women’s Council at the Institute of Geography.

The candidacy of the scientific researcher Louise Salayeva was nominated for the chair of Council and unanimously adopted.

It was decided in the near future to convene a meeting with the overwhelming majority of women and elect the members and the deputy chairman of the Council.