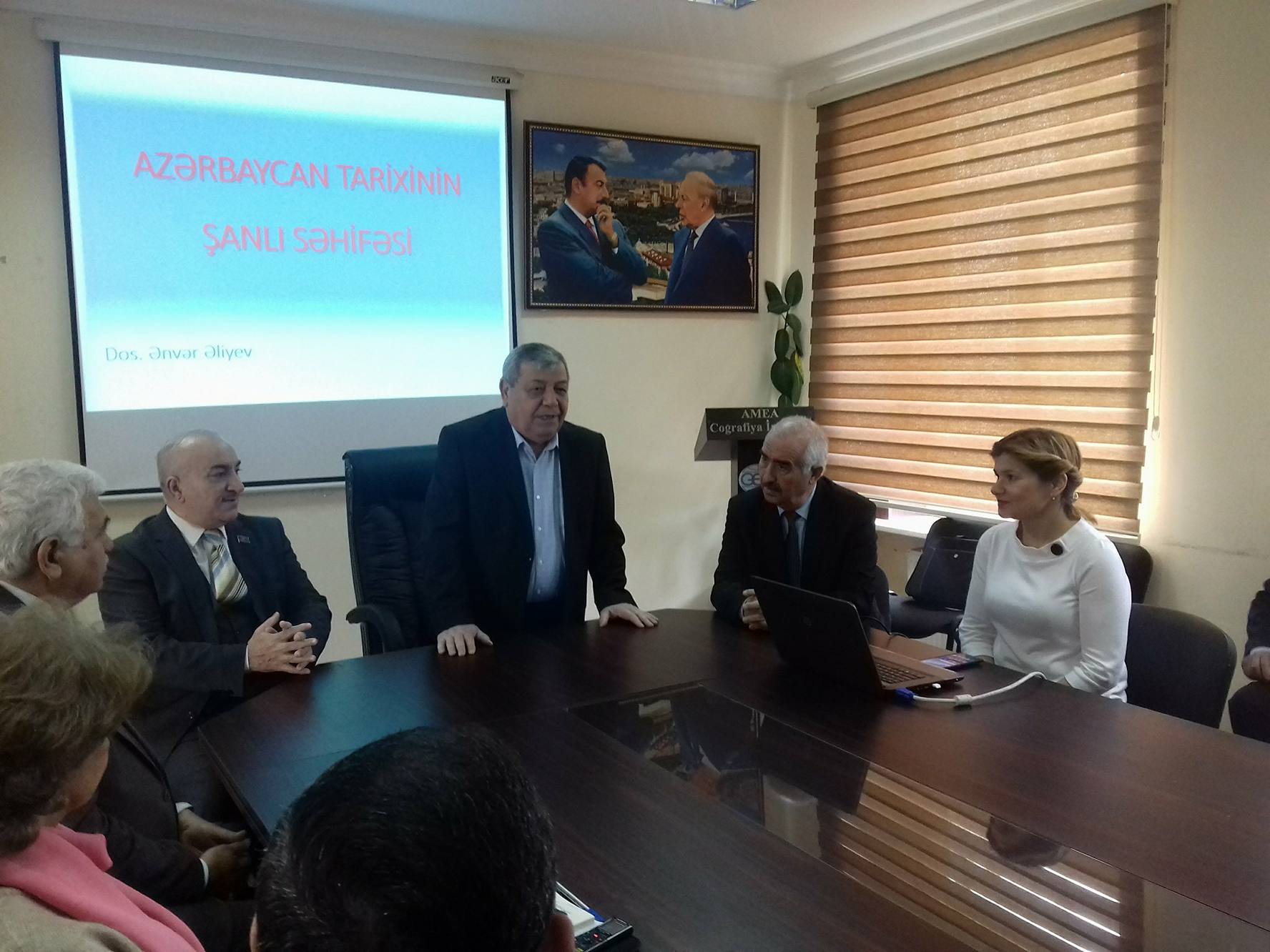 A meeting was held in the IG, dedicated to the100th anniversary of the Azerbaijan Democratic Republic.

The event was attended by Deputy Tahir Kerimli.

Academician Ramiz Mammadov congratulated Ilham Aliyev on his reelection as the president of the Republic. Then, he told about the decree of the President of May 16, 2017 on the celebration of the 100th anniversary of the ADR. He spoke about the story of its formation and democratic reforms, such as the creation of a national army, women’s suffrage, and also in the field of education and culture.

PhD in a. s. doc. Anvar Aliyev, delivered an extensive report “A glorious page of our history”. He stressed the need to celebrate this historic event and pass on this tradition to new generations. A. Aliyev considered it expedient to perpetuate the historical traditions of Azerbaijan and their symbols by creating the Museum “History of Statehood”.

Deputy of the Parliament Tahir Kerimli thanked President Ilham Aliyev for the order to hold the anniversary of the ADR. The deputy noted the great role of Mamedamin Rasulzadeh on the name of the independent state by Azerbaijan.

Chairman of the Trade Union Committee, PhD Abil Akhverdiyev and leading staff, PhD Etibar Badalov, supported the idea of creating a memorial as a tribute to history and in order to strengthen patriotism.

The head of the Institute’s wiki group, Aida Aslanova, made the announcement that in May the Wikipedia Public Association will posting 1500 articles on Azerbaijan Democratic Republic.