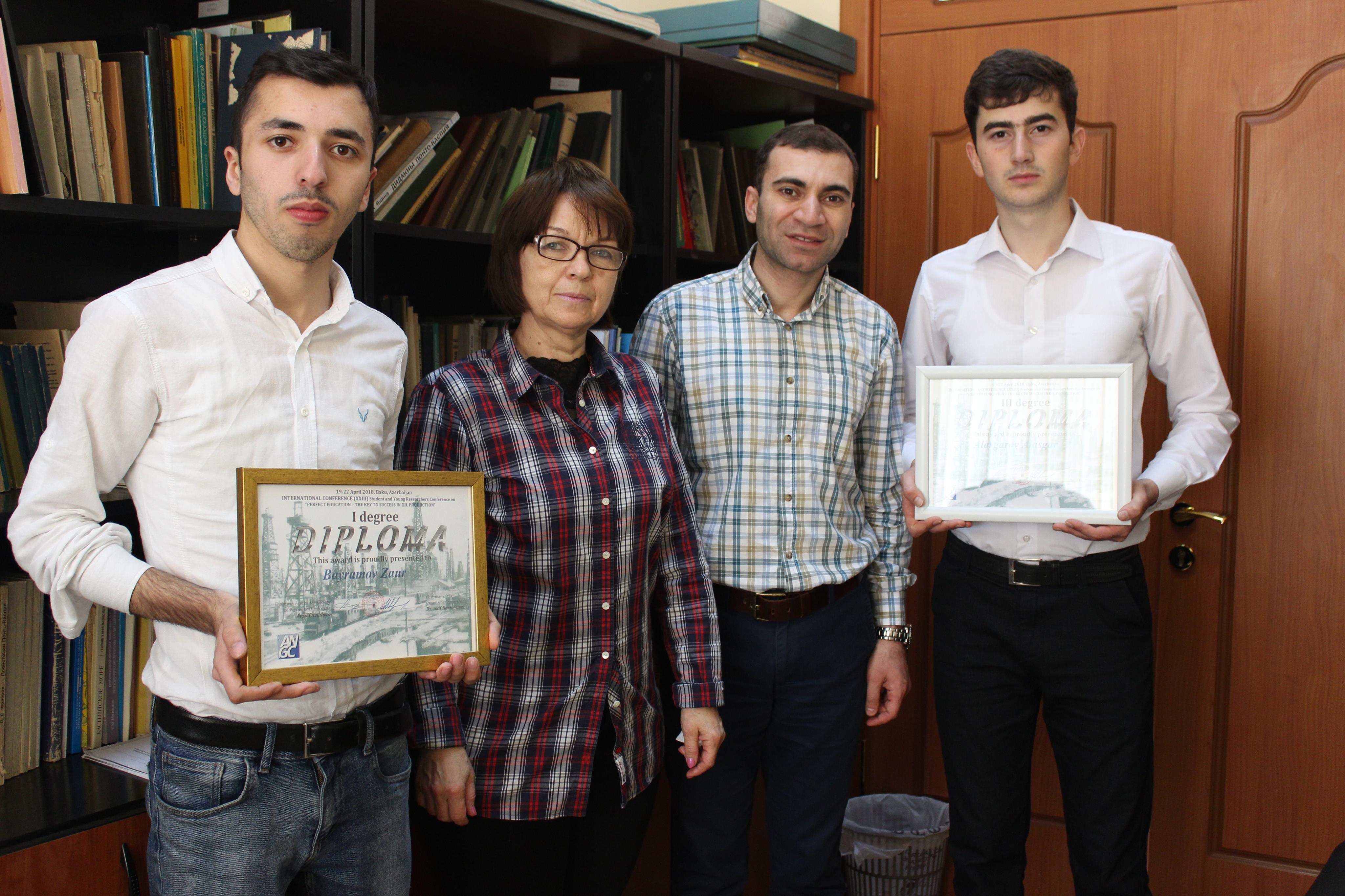 Pupils of Elshan Abdullayev, researcher of the paleogeography Department of the Institute of Geography named after acad. H.Aliyev of ANAS, Zaur Bayramov and Alesker Aleskerov, were awarded with the Diploma of the annual XXIII Conference of Young Researchers and Students held in Baku.

The organizers of the conference are the Society of Oilmen-Geologists, Azerbaijan Representation of the European Association of Scientists and Engineers of Earth Sciences and the Azerbaijan State University of Oil and Industry.

Under the leadership of E.Abdullayev, Z.Bayramov and A.Aleskerov, respectively took 1st and 3rd places for the relevance and level of presentation of reports on the themes: “Restoration of the climate of the Late Quaternary period in the Southern Caspian Sea” and Clay minerals and their importance in the Lower Miocene deposits of eastern Paratethis.