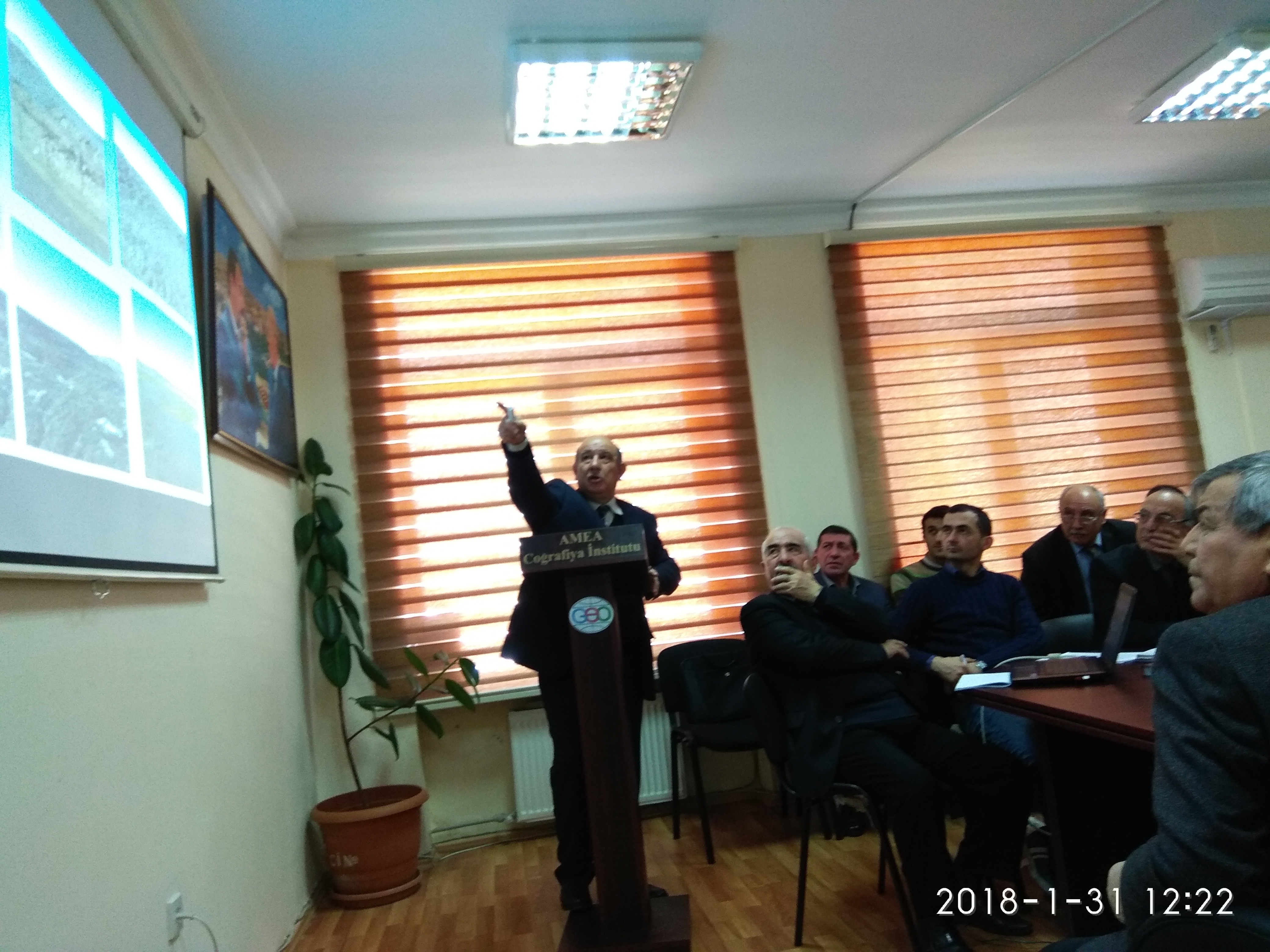 The Scientific Workshop of the Institute of Geography named after acad. H. Aliyev of ANAS under the chairmanship of academician Ramiz Mammadov, was dedicated to mud volcano. PhD Elkhan Mammadbeyov made a report on a joint trip on mud volcano of village Gushchu in Shamakha region with PhD Mirnukh Ismayilov.

Scientists-researchers visited the village of Gushchu at the site of volcanic eruption, conducted research and met with local residents.

The speaker said this volcano is located 150200 m to the north-east of the settlement of the Langebiz mountain range, 20 km from Shamakha. He noted that for the past 100 years there have been several volcanic eruption. The first was in 1913, and the last in January 2018. Eruptions in 1992 and 2008 were accompanied by underground noise and burning gas. According to local residents the column of burning flame rose to a height of 150-200 m. The last occurred in the area of 01 hour with a strong underground noise. The inhabitants watched the rise of the lava to a height of 10 m. it was found that the length of the lava was 150-200 m thick by 30-35 m. On the day of the eruption, January 16, the gas ignited in the crater.

During the field work it was revealed that the soil cover was repeatedly buried. As a result, a mud volcano formed a landscape with a completely different soil cover. In result of flushing process, the chemical elements prevalent in the territory had a serious impact on the fertility of the land. At the boundaries of volcanic breccia, the productivity of agriculture plants is very low both in cultivated areas and in personal plots. Microelements of high concentration and heavy metals contained in eruptive materials penetrate the body of animals and humans. If the ecological norm is exceeded, these elements, including boron, molybdenum and strontium, contribute to the emergence of dangerous diseases.

Elkhan Mamedbeyov emphasized that seismic processes are associated with volcanic eruptions. The investigated volcano, located in the active seismic zone, in the future may occur with greater force. Considering all these factors, meetings were conducted with local residents of the village Gushchu, warning of risks and dangers from mud volcanoes.