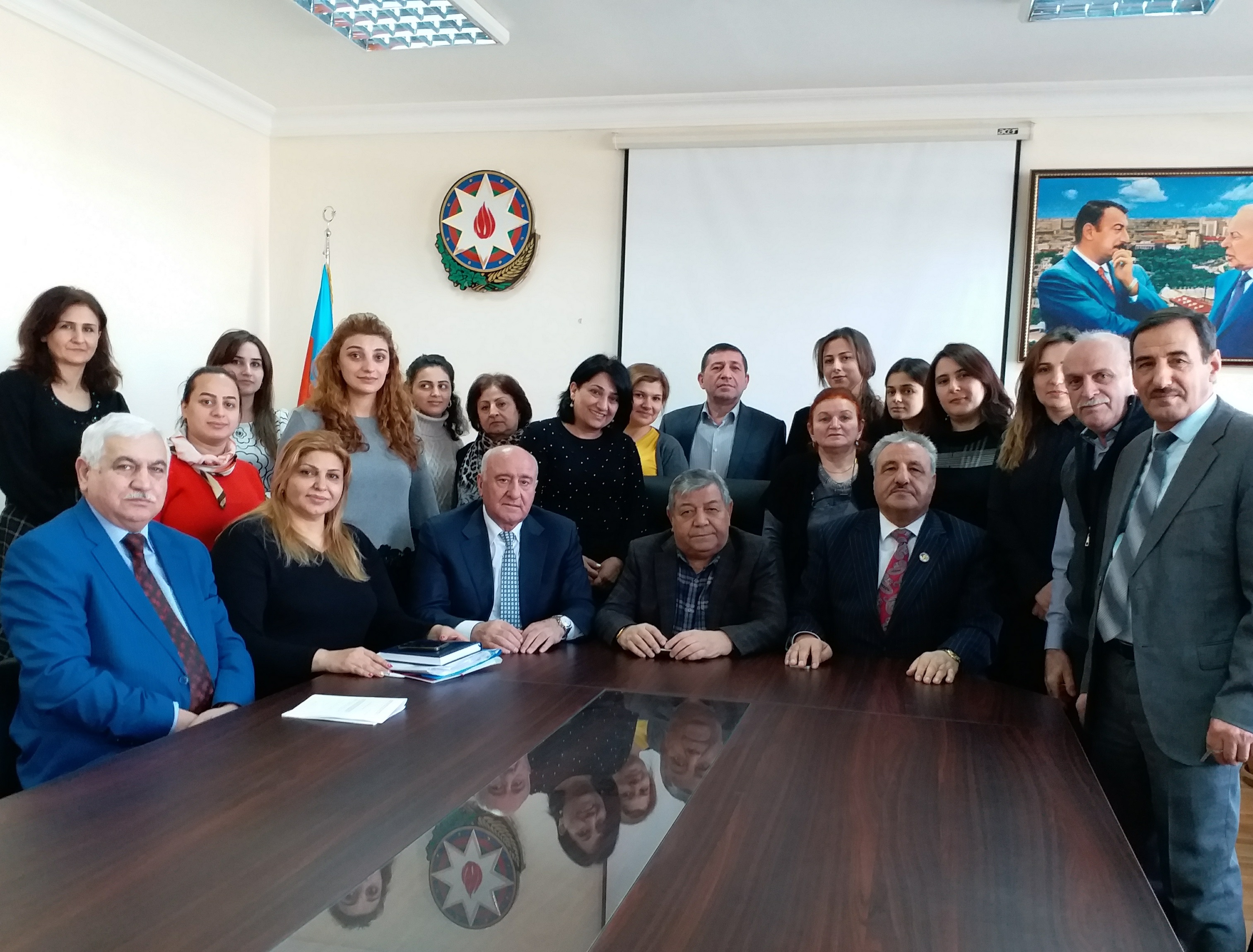 The meeting of the staff of the Institute of Geography named after acad. H. Aliyev of ANAS took place with the chairman of the New Azerbaijan Parti of Yasamal District. Garib Mammadov, deputy chairman of YAP Yasamal regional organization and some other its representatives were present at the meeting.

Academician Ramiz Mammadov, director of the Institute, opened the meeting with a welcoming speech, noted the growing number of party members in the staff.  At present, there are 95 members of the party organization, which is about 50% of the institute staff. He invited other employees to become members of our country’s strongest party on a voluntary basis.

He noted the fruitful activity of President Ilham Aliyev, his contribution to the development of the statehood of Azerbaijan.

He acknowledged the work of the YAP primary party organization as satisfactory. Then, T.Ahmedov congratulated the employees who joined the party and wished them success in their future activities.

PhD in geography Etibar Badalov underlined the socio-economic development of our country and the role of the scientist in the progress of the country.

There was a debate around the theme.