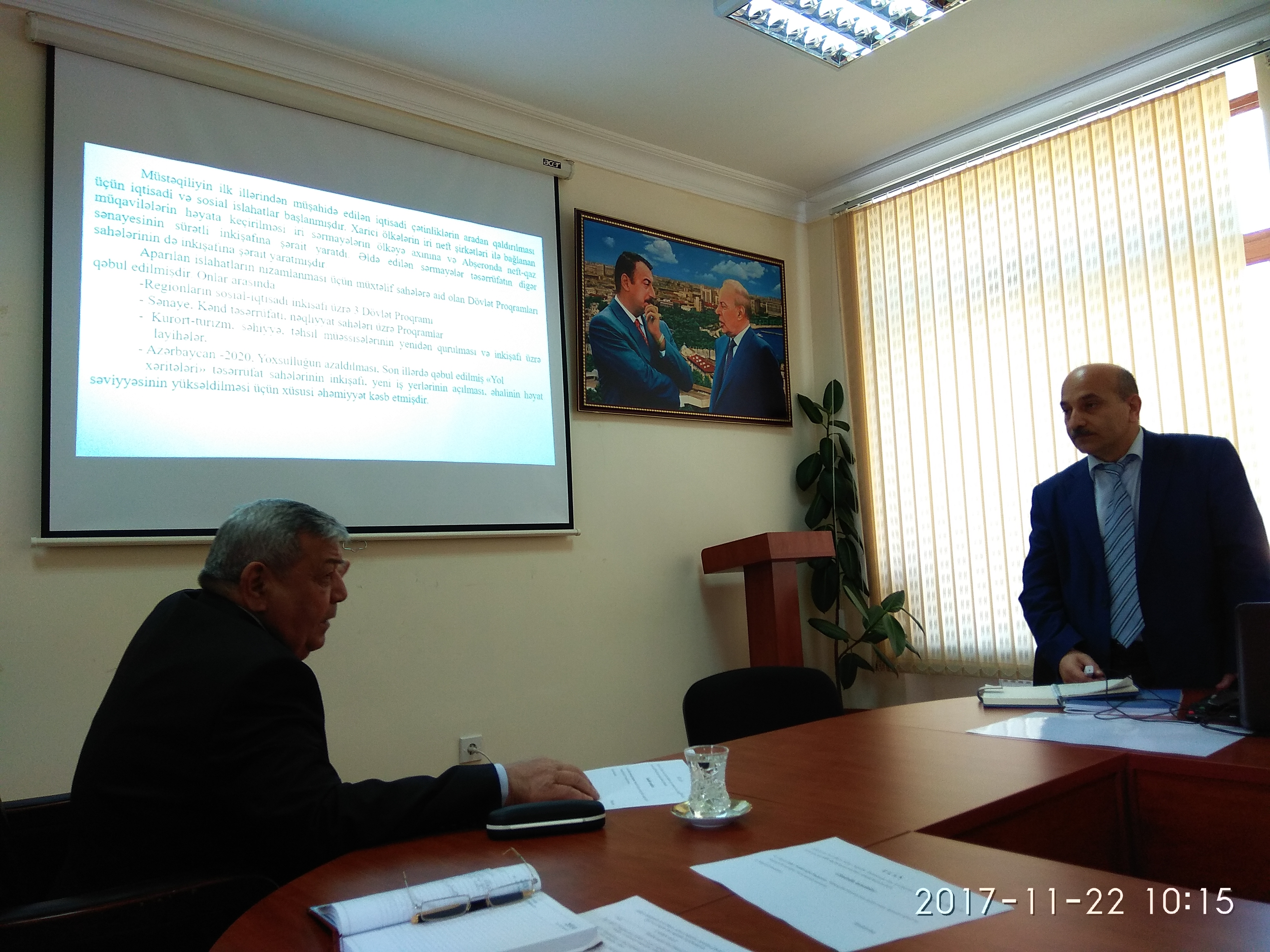 A report on the study of demographic processes was made at the scientific workshop 2017-11-22 16:06:00 / SCIENTIFIC ASSEMBLIES

Scientific Seminar of the Institute of Geography named after acad. H. Aliyev of ANAS was held under the chairmanship of Academician Ramiz Mammadov. The head of the direction geography of Man, D.S.G Zakir Eminov delivered a report “The main achievements for the years of independence: economic, geographical and demographic aspects”.

The reporter carried out research of different directions during the period of independence and achieved some results. This concerns economic reforms, the main results of the development of the non-oil sector, the demographic situation, migration and changes in the number of population.

At the moment, there is a stabilization of demographic indicators. There is a need to implement an active demographic policy, to further increase state aid to mothers and children.

The migration of Azerbaijanis to Russia and Baltic countries was 61,6%; recently the number of migrants to Russia has decreased. Currently, 120 thousand Russians live in Baku; they are 140 thousand in the republic. There are 20 thousand of Armenians, and in the country they are 120 thousand.

Our country has adopted 4 State programs to regulate demographic processes. At the moment, work is underway on the draft of the 5th State Program “State program for the development of the Stability of Demography and population in the Republic of Azerbaijan (2015-2025).