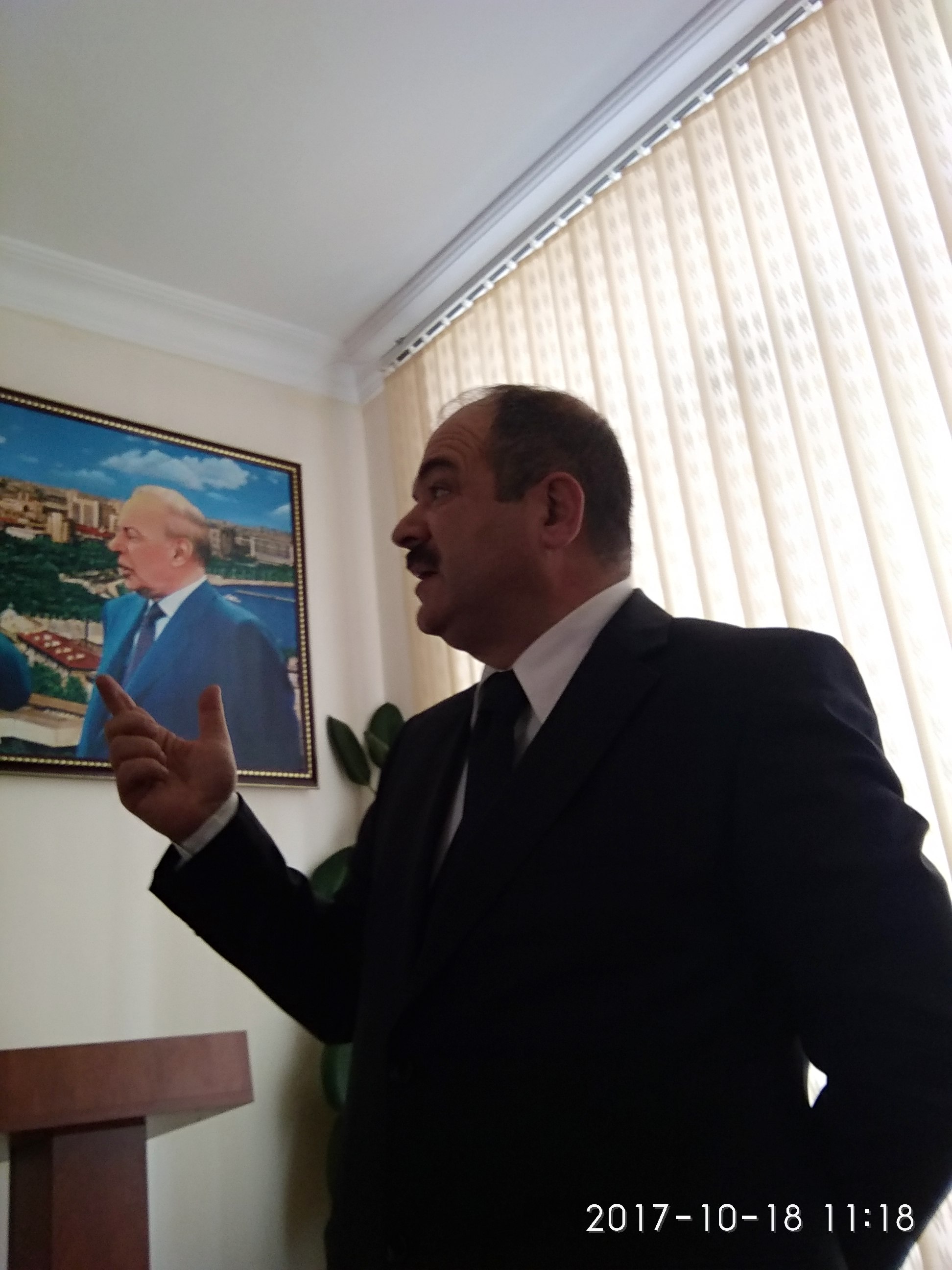 Information on the recently discovered waterfall is given at the Scientific Council 2017-10-20 03:10:00 / SCIENTIFIC ASSEMBLIES

October 18, at the joint meeting of the Scientific Seminar and Academic Council, held at the Institute of Geography named after acad. H.Aliyev of ANAS, amateur geographer, researcher Jalaladdin Gasimov, made a presentation of the waterfall he discovered in the Tovuz region.

He told about the ancient settlements revealed by him, historical monuments and demonstrated his film “Sultan’s Waterfall”.

J.Gasimov, who studied the territory of Tovuz region for many years, makes 25 km in the mountains of Azerbaijan every summer and reveals unknown historical monuments. Over the past two years, J.Gasimov described eight waterfalls in a 200-meter-high area covering 6 villages. The tallest of them reaches 35-40 m; the lowest one is 10 m. The waterfall, to which he gave the name “Sultan”, is surrounded by steep cliffs and falls into a deep hollow where for thousands of years no human foot has walked. He reached the waterfall, passing 20 km between high mountains.

This information, which aroused the great interest of geographers, will be the source of further research. It was decided to send a group of scientists of the Institute of geography to the Tovuz region for a more in-depth study of the territory.